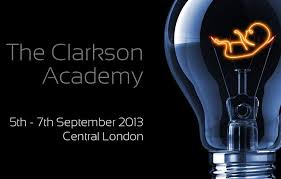 Christians are funny creatures, many of us love looking back into the halls of history where we see the names of Christians like John Wesley, Elizabeth Fry, William and Catherine Booth, Dietrich Bonhoeffer, William Wilberforce, Thomas Clarkson, mother Teresa and the thousands of other men and women who have shaped the world through their gospel inspired social reform. What makes us funny creatures is that as much as we appreciate and applaud their work most of us think we would have done something similar had we been in the same historical and social context, however in reality most of us would have done as much as we are doing today, nothing or very little.

Those men and women I mentioned never had it easy, Wesley was often assaulted, had a variety of hard produce thrown at him and even the occasional dead cat for good measure. William Booth? Same as Wesley with a number of Salvationists being murdered and assaulted. Bonhoeffer? Hanged at the Flossenburg concentration camp just two weeks before the camp was liberated by US forces in 1945.

I write this not only to you but to myself, I'm as lazy and full of excuses as the next person and even though I acknowledge that I still do very little.

How many of us would have stood up to Hitler and the Nazis like Bonhoeffer did? How many of us would have travelled five thousand miles a year by horseback just to be greeted by aggression and be assaulted regularly just to preach the gospel? We all like to think we would, but the litmus test is what are we doing today? There is more injustice on a wider scale than at any time in history and yet most of us do very little to address it. Of course this could all be seen as rather negative, however all it takes is for us to change is to acknowledge that as Christians we have a duty to love our neighbour as ourself. What this means is expanding our moral circle to include not only ourselves and close family but all human beings, who regardless of size, colour, belief or age are all made in the image of God.

This is why Bonhoeffer was able to stand up to the Nazis, he knew that Nazi ideology was inherently opposed to acknowledging that all human beings are equally valuable, and that he couldn't stand by as a follower of Jesus and watch quietly whilst his Jewish, Romany, homosexual and disabled neighbours were sent away to be murdered on an industrial scale.

This is why Thomas Clarkson couldn't sit idly by whilst his African neighbours were shipped across the Atlantic in their millions to be used, abused and killed for the profitable purposes of wealthy mostly white men and women. It's why he worked tirelessly for decades arguing, collecting testimonies and evidence, starting abolitionist groups, writing literature, and travelling thousands of miles a year to make sure that the worlds biggest Empire abolished the terrible moral evil of chattel slavery.

When we see injustice what we do or don't say says something about what we think about it. Bonhoeffer made the important observation that “Silence in the face of evil is itself evil: God will not hold us guiltless. Not to speak is to speak. Not to act is to act.". The slave trade may no longer be legal, the Nazis are no longer killing the Jews or those with a disability but there is one thing going on right now in the UK where our neighbours are being killed on an industrial scale and very few of us are doing anything or giving it much thought. We are as apathetic as the very people we criticise for ignoring slavery.

Most of us know what it is but because of social and cultural pressure we remain silent like those in the stories of the German 'Christians' who simply sang louder to drown out the screams of the train loads of Jews destined for Nazi death camps. Of course we would have acted differently wouldn't we?

Surely we would have stood up to the Nazis who likely would have shot us but we remain silent under a little social pressure about the two hundred thousand plus unborn human beings that are killed each year on our own shores. Like the Levite and the Priest in Jesus' parable of the good Samaritan many of us simply cross the road and hope that someone else will deal with it, thank goodness that's not how Jesus thought! Which one did Jesus commend for loving and acting as a neighbour? It wasn't the Levite or the Priest.

Rather than crossing the road and hoping someone else will seek justice for us we must take some responsibility and prepare ourselves for addressing the moral blind-spots in our own lives and culture. May I suggest that if you want to seek justice, be prepared intellectually and spiritually to address the moral injustice of abortion and other human abuses that you make your way to the Clarkson Academy running from the 5th-7th of September.

There you will hear from experts in social reform on topics such as how to engage a society that isn't asking questions. Tactics for graciously and persuasively engaging critics, how to defend and present the Pro-life position and the history of social reform. As someone who attended last year I can recommend that it is well worth the cost and time to get along, there's also plenty of time to ask questions and make new friends.

It's also vital to remember that being Pro-life isn't just about abortion but about having a consistent moral approach that treats all human beings equally whether they are born or unborn, young or old.

Standing up to a culture that has got it wrong isn't easy and it's even more difficult when you aren't prepared to respond to that culture persuasively.

You can find out more about The Clarkson Academy here.
Posted by failedatheist at 04:11