Are the Biblical Genealogies Helpful in Establishing the Age of Man? 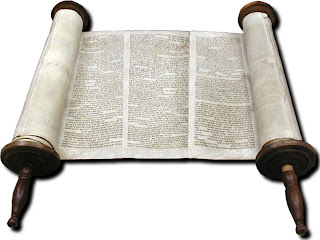 In 1650, James Ussher, the archbishop of Ireland, produced a detailed Biblical timeline, going all the way back to the creation of man and the Universe. Based largely on the genealogies given in Genesis 5 and 11, this chronology famously placed the creation of Adam and Eve in the year 4,004 B.C. Indeed, such a view is espoused by many Bible-believing Christians, even today. But just how sound is this view? Are Christians really committed to the view that the creation of man happened no more than 6,000 years ago? It is my personal view that using the Biblical records in this manner is ultimately misguided, and misunderstands the nature of ancient genealogies. One crucial assumption, which is employed in Ussher’s calculation, is the notion that the relevant genealogies are complete: That is to say, they contain no gaps or missing names. But are these genealogies actually complete as Ussher supposed? Here, I attempt to show that such an assumption is unfounded.

Much of the misunderstanding surrounding these genealogies results because we are reading them in modern English and in the context of modern western culture. The genealogies were written in ancient Hebrew and represent ancient Jewish culture. For one thing, the Hebrew word for “son” (ben) can mean “son”, “grandson”, “great grandson” or “descendent”. And, likewise, “father” (Hebrew ab) can mean "father", "grandfather", "great-grandfather" or "ancestor". For example, in Genesis 28:13, God says to Jacob, “I am the LORD the God of your father Abraham and the God of Isaac”. But Abraham wasn’t the father of Jacob. Isaac was the father of Jacob. Abraham was the father of Isaac, thus making Abraham the grandfather of Jacob. That being said, however, the verb used in Genesis 5 and 11 is the Hebrew “yalad” and is translated “became the father of” in the NIV and “begat” in the KJV. So, it does not even use the word “father” (ab), but rather “yalad” (which is similarly flexible in its meaning). This verb can mean giving birth to someone who is ancestral to the next person named (with many generations skipped). One example of this is the genealogy of Moses in Exodus 6. These genealogies report that Amram and his wife Jochebed “begat” (Hebrew yalad) Moses (two times) and refers to him as “son” (Hebrew ben). Thus, on at least two occasions, it uses the very same verb as used in Genesis 5 and 11. But what is important to notice here is that Amram and Jochebed lived at the time when the Jews entered Egypt while Moses was 80 years old during the exodus some 430 years later. This entails that approximately 350 years (and likely a minimum of 6 generations) lies between Amram/Jochebed and Moses. Thus, literally, it should be rendered ‘Jochebed begat a son (unnamed) who was ancestral to Moses’.

For a thorough discussion of this fascinating topic, I refer readers to this excellent paper by Dr. John Millam. The article lists the following examples where one can definitively say that the genealogies have been telescoped in this manner:

One question which often comes up is the literary construct of the genealogical reports. For example, according to Genesis 5:9-11, “When Enosh had lived 90 years, he became the father of Kenan. And after he became the father of Kenan, Enosh lived 815 years and had other sons and daughters. Altogether, Enosh lived 905 years, and then he died.” Some have suggested that the understanding, proposed above, of Biblical genealogies faces difficulty in accounting for the fact that the text would still read: “When Enosh had lived 90 years, be became the ancestor of Kenan…Enosh lived 815 years and had other descendants.” The dates, it is argued, would remain unchanged, even when considering this interpretation - whether Enosh became the father or ancestor of Kenan at age 90, it is argued, is irrelevant to the calculation. In light of what I have tried to show above, however, it is my view that the correct rendering of the text runs along the lines of: “At age 90, Enosh gave birth to a son whose descendants would include Kenan.” Thus, the 90 years refers to when Enosh became a father, not when Kenan was born. While this may seem very peculiar (or even wrong) in English, one must always keep in mind that we are dealing with an ancient Hebrew genealogy.

In conclusion, to try to place dates on Biblical events, squarely on the basis of the genealogies alone, faces significant obstacles, and springs from a misapprehension of the nature of ancient Hebrew genealogies. It is also important to bear in mind that this argument does not concern or address the age of the earth (nor, for that matter, the proper interpretation of Genesis 1). Rather, all it shows is that the Christian need not feel committed, as many contend that we are, to placing the creation of Adam roughly 6,000 years ago. Moreover, such a conclusion may be accepted by young-earth and old-earth advocate alike (I personally fall into the latter of those camps). On the flip side of the coin, the non-believer need not be turned off Christianity by the apparently extremely recent origin of modern humans. There is simply no compelling Biblical mandate for supposing that this is the case.

Posted by Jonathan McLatchie at 06:34

Email ThisBlogThis!Share to TwitterShare to FacebookShare to Pinterest
Labels: Genealogies, Genesis and Creation