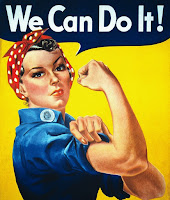 
Instead of rational dialogue these pro-choice feminists decided that it would be more fruitful to spray paint obscenities about the church and Jesus, spit at the men praying and protecting the church from their vandalism, draw swastikas on their heads and chests, perform sexual acts on each-other, push their breasts in the faces of the men, damage property and burn an effigy of Pope Francis.

What a fine demonstration of the fruits of 'enlightenment' thinking.

The response of the praying men is truly inspiring as they simply take what is being thrown at them physically and verbally in a display that truly represents Jesus' words to his own accusers “Father, forgive them, for they know not what they do.”

Watch the video of the friendly Argentinian Pro-choice Feminists yourself below.