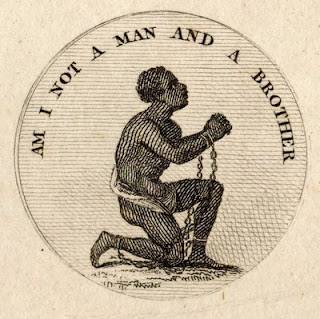 It shouldn't be a particular surprise to anyone that most Christians ethical views are influenced and informed far more by the media and the cultural zeitgeist than by a Christian world-view. What this means is that most Christians tend to be ignorant about a number of things that are shaping the minds and practices of people here in the UK. One example I will focus on specifically is that of abortion. I don't think it would be an overstatement to claim that abortion is the twenty first centuries ethical equivalent of the chattel slavery so prevalent in the nineteenth century. If anything it is far worse, and like slavery it has serious cultural consequences with respect to how we view certain groups of people within our society. In Wilberforce and Clarksons day the big question was whether or not it was wrong to treat black people as inferior to whites and therefore justifiably use them as a means for their desired profitable ends as slaves. The answer to this questions would affect how you would view and therefore treat them, because if they weren't a human 'person' with moral value then there really was little problem with chattel slavery.

Thankfully, led by a number of Evangelicals, non-conformist Christians and secularists legalised slavery was ended in 1833. They argued that because all human beings are created in the image of God and therefore endowed with certain rights, one of which was not to be forced into slavery and treated as a mere possession. At a great cost to the British economy slavery was made illegal and subsequently political pressure was put on other countries to follow the British example. Those in opposition to legalised chattel slavery were known as abolitionists, they did a number of things to change the public perception of slaves. Wilberforce for example published  life-like paintings that demonstrated the reality of modern slavery and sent shock-waves through society as they brought what was hidden away on imperialist plantations to the streets of Britain's cities. Josiah Wedgwood produced the now famous anti-slavery medallions which stated 'Am I not a man and a brother?' hoping to kick apathy into outrage.

Like slaves the unborn are seen as dispensable, not worthy of basic moral rights, sometimes considered sub-human and if they don't tick the boxes of the archetypal human being are allegedly served by their intentional destruction. Abortion like slavery affects the mind-set of our culture, it helps create culture where it is acceptable to view the intentional killing of an unborn human being as a western right and display of autonomy. Like slavery abolitionists had trouble acquiring the support of the church because they were generally apathetic, I imagine very similar to the excuses I hear so much today ad nauseum... 'it's not the gospel, we mustn't focus on causes at the expense of the gospel' etc. However if you think not standing up for the unborn isn't part of the gospel you're the one with the problem, and I think I'd argue that you probably don't fully comprehend the gospel yourself. If that is how you think, I hope to persuade you that you are in fact mistaken and must instead become a modern day abolitionist. Surely working to abolish slavery, promote life and the image of God in all human beings is part of the gospel or did slavery abolitionists do something wrong in working tirelessly to end it? Surely it was their love of God and people rooted in the gospel and the love shown to them through the cross that encouraged them to set captives free just as Jesus has done for us?

What is a Abortion?

So moving on from slavery I want to explain what abortion is and why as Christians we can no longer collectively be ignorant and apathetic in partnership with the culture of death it promotes. We must instead promote a culture of life and protection of those who are most vulnerable within our society and not view them as less valuable.

Abortion is the intentional killing of a defenceless human being. Referring to the unborn as human beings is uncontroversial, it is a matter of scientific and philosophical fact that the unborn are human beings and not something else. The controversy created by some philosophers is whether the unborn are persons and therefore morally valuable and worthy of protection from being killed to benefit others. However dealing with these philosophical objections is not my goal here but I would argue that person-hood arguments are generally specious and provide less explanatory power than alternative views.

The process used for an abortion differs depending on the gestation and but the one consistency is that an unborn human being is always killed. I want to show a very short but graphic video to you of what abortion does, it is horrible to watch, I don't like watching it or showing it but it is a necessary endeavour to demonstrate the destructive nature of abortion and why we can no longer stand idle in ignorance.

If you managed to watch even a few seconds of it, you must ask yourself some questions, why was I so disgusted? Why did abortion previously trigger thoughts of liberal freedom rather than this? Can I as a Christian remain neutral or apathetic on something that destroys life like this? What would God have me do? How can I find out more? What are Christian doing about abortion? Where can I find help for a friend thinking about abortion?

These are all valid questions and I want to provide you with some resources to help answer them and more. If you want to be equipped to stand up for the unborn then you need to look no further than Scott Klusendorf's superb book 'The Case for Life', you can read a review of it before you buy it here over at Apologetics315. If you want to know how you can get involved in the UK Pro-life movement where abolitionists can unite to peacefully demonstrate against this modern injustice in a number of different ways then please contact Abort67. If you know someone thinking about having an abortion then please put them in contact with a Care Confidential Crisis Pregnancy Counselling Centre.

Who is our Neighbour?

Like slavery the plight of the unborn is often hidden from society, sure we know more than 190,000 abortions happen each year in the UK but few of us attach the killing of a human being with it. We have been conditioned and influenced to hear the word 'abortion' without the reality of intentional killing attached to it. By campaigning peacefully and lovingly we can create a culture where life is treated with respect and instead care for the vulnerable rather than killing them. The church largely thinks it's okay to never talk about abortion, even though most people know someone who has had one or perhaps even considered it themselves, just like many churches who in the nineteenth century refused to do the same about slavery. Sending money to Care Confidential isn't enough for a church to be doing, it may make you feel a little better but the unborn don't need your sympathy or small change they need your help.

As I round up I want to leave readers with one more thing to think about. Who is your neighbour and what sort of neighbour would Jesus have you be (Luke 10:25-37)? Are you going to be the sort of person who steps out of your comfort zone and lives counter culturally like the slavery abolitionists or are we going to be a believer who only talks about being counter-cultural?

Please let me know your thoughts and please feel free to pass it on.