Theology 101 - The Sources of Theology


We’ve so far concluded that theology concerns the speech of God and our speech about Him, as well as the various experiences that are said to derive from Him. We’ve suggested a variety of reasons why theological study is important. Now we turn to consider how Christian theology is done. What do theologians use to ply their trade? What are the sources of theology? [1] 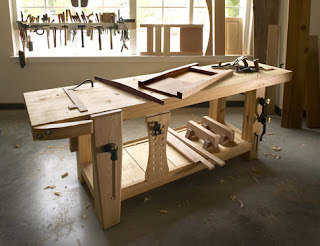 Of course, theology is free to use any resource that proves helpful. The tools of psychology, sociology, philosophy, media and literary theory have all been used to craft theological conclusions. [2] However, you’ll often hear theologians refer to the “sources” of theology. [3] In this post I will briefly explain what these are.

First, revelation – God’s disclosing of Himself. We may further divide this into God’s ‘natural’ and ‘special’ revelation. The former refers to God’s ordinary methods. This may include the beauty and order of creation, the processes of human society as well as the events of our everyday lives. The latter, on the other hand, refers to God’s particular revealing of Himself, secondarily in Scripture and primarily in Jesus Christ. Special revelation in particular constitutes the very essence of theology, namely, the speech of God.

Second, tradition – the teachings of the Church. These traditions influence our experience and interpretation of faith, not least because Christians exist in fellowship. We find ourselves in a community that has a history, even if it’s only a very short one. This history bequeaths to us a way of thinking and a pattern of behaviour. Certain denominations place a greater emphasis on the role of Church tradition than others, but all of us are indebted to tradition in one way or another. Most Churches, for example, would regard the first four ecumenical creeds as authoritative. [4]. At Christmas, when we sing of Christ who is “Very God; Begotten not created”, we’re not repeating Scriptural language; we’re reciting creedal language. The vocabulary of tradition is employed as a source of theological truth.

Third, experience – the lessons learned by reflecting on praxis. [5] We shouldn’t want to do theology ignorant of the world around us. Real people live real lives and have real experiences, and theological study seeks to reflect that. It may be that we need to engage with the experiences of those who are impoverished and persecuted, with those of the Church, or simply with the events of one’s own life. The theologian seeks to place these experiences in theological perspective.

Fourth, reason – the use of our cognitive faculties. Christian theology has traditionally sought to incorporate logical inferences, as well as valuing the pursuit of philosophical investigation. [6] Our cognitive faculties have not always been given a ‘free pass’ within this relationship; not all theologians have been uncritically optimistic about what human reason can achieve. Nevertheless, human reason has almost always had some role to play in theological reflection.

These, therefore, constitute the sources or ‘tools’ of Christian theology. [7] They’re what theologians have to hand when they work at their trade. All Christian theology is constructed via an appeal to one or more of these sources.

Next time: The Types of Christian Theology

[1] Alongside the question of what theologians use, there’s the related question of what kind of job they do. It may appear as if the theologian simply parrots what the Bible says about a particular subject, or that they only seem to ruminate on obscure creeds and figures of antiquity. Their vocation can mimic that of a librarian, whose habit is the recitation of ancient history. Like all stereotypes, this perception is only partly true. Whilst theologians do appeal to the Scriptures, they are usually aware that their interpretation and use of the Bible is a weighty task. The theologian isn’t just concerned with the repetition of Scripture. Rather, she must cultivate wisdom so as to handle the Bible responsibly. Moreover, although theologians do study unfamiliar creeds and personalities, they’re usually trying to answer questions of contemporary significance. The theologian isn’t just a caretaker of the past; she must employ creativity to inform the Church’s future. David Ford may prove helpful for those interested in this sort of discussion. (For example, take a look at Christian Wisdom: Desiring God and Learning in Love [2007].)

[2] Allow me to furnish this statement with several examples. With regard psychology, one may cite The Essence of Christianity (1841) by Ludwig Feuerbach, in which it was proposed that the idea of God constitutes a human projection. With regard sociology, the so-called ‘Context Group’ is especially notable. Counting Bruce Malina, John Pilch and Richard Rohrbaugh amongst their number, this group of scholars have sought to apply social-scientific theory to Biblical exegesis. Notable publications include The New Testament World by Malina (2001), DeSilva’s Honor, Patronage, Kinship and Purity (2000) and the Social-Science Commentary series written by a variety of authors. With regard philosophy, one can take one’s pick from two millennia of Christian history, although Aquinas and Anselm are amongst the most notable. With regard literary theory one may look to narratival Biblical exegesis. Notable publications include Gunn & Fewell’s Narrative in the Hebrew Bible (1993), Alter’s commentary on Genesis (1996) and Culpepper’s Anatomy of the Fourth Gospel: A Study in Literary Design (1959). Finally, with regard media theory, a notable example would be Kreitzer’s Gospel Images in Fiction and Film: On Reversing the Hermeneutical Flow (2002).

[3] Alister McGrath refers to these various sources as the “architecture” of theological reasoning. For more detail, consult his Christian Theology: An Introduction [2007], as well as Macquarrie’s Principles of Christian Theology [1977].

[5] Liberation theology takes praxis very seriously as a source of theological reflection. In the next post, we’ll briefly discuss how Liberation theory ‘fits’ into the wider typology of Christian theology. For now, take note of Gustavo Gútierrez’s A Theology of Liberation (1974), Leonardo Boff’s Trinity and Society (2005) and The Cambridge Companion to Liberation Theology, edited by Christopher Rowland (2007).

[6] Two famous examples of this integration of Christian theology and philosophy are Anselm’s ontological argument for the existence of God (taken from his Proslogion), and Aquinas’ ‘five ways’ (taken from his Summa).

[7] Three cautionary notes before we move on. First, it should be noted that some would count more than four sources. For example, one may regard reflection on praxis as a source of theology distinct from experience. These four, however, should be more than sufficient to introduce you to the landscape of Christian theology. Second, not all theological traditions employ every source, and not all traditions employ them equally. Most Protestant denominations, for example, would regard Scripture (and therefore revelation) as the most important source of theology, whereas Roman Catholicism would place much more stress on the role of tradition. Finally, it’s crucial to understand that these are not just idle academic concepts. These four sources have had and still have real life consequences. The Reformation, for example, changed the world and yet it ultimately revolved around a debate concerning the competing authority of these four sources.