Theology 101 - Apologetics & Theology [Part One] – How do they relate? 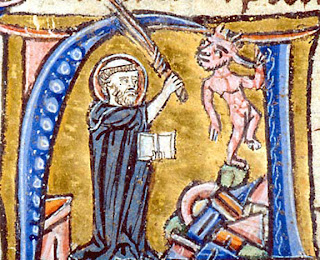 We have so far examined the nature of Christian theology. We’ve argued that each of us is, in fact, a theologian, and we’ve suggested a few reasons why theological study is valuable. We’ve explored the various sources involved in theological reflection, as well as the different disciplines and traditions of Christian theology. Since this is a blog dedicated to defending the Christian faith, I would like us to use the next two posts to explore the relationship between apologetics and theology.

I will assume that you’re already familiar with what constitutes ‘apologetics’. [1] As a subject of study, apologetics is a theological discipline of the kind described in the last post. As a discipline of theology, apologetics is still concerned with God-speech but its specific purpose is to demonstrate the plausibility of theological claims. [2] Indeed, many of the greatest theologians in Christian history have behaved apologetically, and some of them have explicitly included an appraisal of apologetics within their systems of theology. [3] The danger here is that we take these precedents and assume the connection between theology and apologetics to be straightforward. Whilst we may be confident that they are related, we should not be naïve with regards the nature of their relationship. It is my suggestion that the study of Christian theology is of great importance to the practice of apologetics, and that the former should be a high priority for those engaged in the latter. I propose nine reasons to this end.


(2) Theological study keeps you on target. Having a greater awareness of what Christian theology entails enables you to identify caricature and misrepresentation. Last year my wife and I were invited to be in the audience for the BBC’s Big Questions. The episode being filmed was to be a one-hour special, dedicated to the question of the existence of God. Before we were led into the studio, I started talking to a gentleman who identified himself as an atheist. Our discussion was cordial throughout. At one point in the conversation he suggested that the Christian faith posited a strict dualism between body and spirit, with the latter being given an almost exclusive emphasis. (If I remember right, he was making this point to discredit the idea of Jesus’ physical resurrection.) I quickly noted that this was, in fact, a caricature – not only of the scriptural data, but also of the patristic data. I referenced Irenaeus’ Against Heresies V.XIV.3 to show that from the early to mid second century, there was a clear sense of the importance of flesh in Christ’s act of redemption. The man graciously accepted that the caricature was incorrect and dropped his line of argument. This is one example of how theological study, and an awareness of key theological texts, can help de-construct inaccuracy. It prevents the apologist from veering off target by tolerating claims not grounded in sound theological study.


(3) Theological study helps you to stay consistent. It alerts you to your own theological system and the consequences of holding to it, whether they are historical, philosophical, doctrinal, etc. It fosters coherence by forcing you to consider the ‘big picture’. It’s my suggestion that this is of great utility to the practice of apologetics. In the context of a heated debate where there may be pressure to ‘save face’, the apologist will be tempted to choose the argument that simply functions. This kind of argument, born in spontaneity rather than critical reflection, often leaves the apologist vulnerable to inconsistency and reproof. Theological study helps to keep your apologia cogent when it counts.


(4) Theological study helps you to be confident in your apologetic. A cursory examination of Christian theological history demonstrates that although the circumstances of unbelief may alter through the centuries, many aspects of its reasoning have remained substantively the same. For two thousand years, Christians have wrestled with countless theological problems and challenges. Furthermore, contemporary academic theology continues to wrestle with many of the same questions. In other words, there’s really nothing new under the sun. Although it’s tempting to wonder if there exists a new and devastating argument against Christianity just waiting to be discovered, the reality is that there probably isn’t. This isn’t to say that Christianity is true because of its longevity and the work of its most prolific thinkers. Rather, my point is simply this: by making you aware of the wealth of answers from believers past and present, theological study helps to build a steeled confidence in the message you’re so eager to defend.


(5) Theological study helps you to be creative in your apologetic. The practice of apologetics is, far too often, a predictable affair. There’s a sort of ‘canon’ when it comes to apologetic response: Craig, Strobel, Wright, Plantinga, etc. It’s not that this canon is deficient; these authors are obviously a blessing for those interested in defending the faith. However, we have seen how Christian theology is replete with theologians and philosophers, disciplines and traditions. This diversity gives the Christian faith a rich and varied intellectual heritage. It’s a little strange, therefore, that our apologia is so often dependent on only a handful of contemporary voices. The study of Christian theology – insofar as it makes us aware of Christianity’s rich intellectual heritage – encourages us to be creative in the practice of apologetics for the sake of becoming all things to all people, so that by all means we may save some.


(6) Theological study puts apologetic debate into perspective. Apologists are usually passionate about what they do and with good reason. Not only are debates rather thrilling, but also defending the faith is a sound activity, concerned as it is with the saving of souls. However, if we’re honest, we sometimes lose perspective. We obsess about a discussion raging on a social network. We get angry about an obscure comment made by an anonymous blogger. We puff ourselves up after reading an unsolicited email. A knowledge of theological history helps to restore this kind of lost perspective. No, you’re not Martin Luther, and your discussion on Facebook is not the Diet of Worms. No, you’re not Athanasius, and your email correspondent is not the next Arius. Yes, you got shouted at by an atheist and it was rather uncalled for, but no, you’re not Bonhoeffer staring down the barrel of persecution. An awareness of theological study puts our apologetic experiences into perspective. It helps to shatter our vain imaginings and it forces us treat the situation as it really is: an opportunity to use your gift to share the Gospel.


(7) Theological study puts the apologetic vocation into perspective. Not only is it easy to lose perspective when it comes to debate and discussion, but it’s also tempting to mishandle the entire apologetic enterprise. Far too many apologists are consumed by their interest. For these, apologetics has become a pastime and a daily hobby, one that they probably spend too much time thinking about. Christian theology serves to put apologetics in its proper place as one tool among many. It is not a subject unto itself. It’s a theological discipline. More than this, it’s a discipline that is designed to serve the interests of the Church. The study of Christian theology thereby puts the apologetic vocation into perspective. It helps to remind us that our interest is part of a much bigger picture, and that its proper place of execution is within the Christian community.


(8) Being theologically aware helps you to stay humble, by reminding you that God is God and we are not. Salvation is of the Lord. You can’t reason God into existence nor is conversion caused by debate. You can’t excuse Him, nor can you justify Him or defend Him. He needs no excuse; He justifies and defends Himself. All apologetic reasoning could disappear from human memory today and His goodness would not be diminished. You are not His champion and He owes you no thanks for what you do. You belong to Him, and your arguments pale in comparison to the majestic truth of His reality. He doesn’t need you. But He loves you, and He promises to use your service for His glory. This is the essence of a theologically aware apologia – you’re not needed, but you’re wanted and you’re used. This awareness keeps you humble.


We’ll continue our study of the relationship between theology and apologetics in Part Two.

[1] If not, Daniel Rodger’s parallel series, ‘Apologetics 101’, is worth your attention! Find the link above. You may also benefit from introductory texts such as Five Views on Apologetics (2000), edited by Gundry and Cowan, Sproul’s Defending the Faith (2003) or Moreland’s Scaling the Secular City (1987).


[3] As for theologians behaving apologetically, see many of the great patristic thinkers, such as Irenaeus, Justin Martyr, Athanasius and Augustine. As for theologians who included an appraisal of apologetics within their systems of theology, see Schleiermacher’s The Christian Faith and Tillich’s Systematic Theology – Volume One.