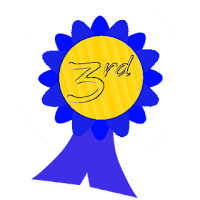 "Now you see, this isn't going to work. I already told Dave that for all his protests he must have a distant second, 'cause I've clearly got the first. And if he's got the second, your darling can't be more than the third most beautiful girl in the world."
Really, such a declaration deserves a very swift thump to the nose.

There is no logic behind a man's treatment of the woman who whistles in his dreams, nor of the grubby little toddler who stumbles toward the slide in the local park. There is only love. Such is the nature of love, it promotes a vast array of absurd beliefs so profound and precious to the lover it would be almost criminal to point out their absurdity. It is with this as a reference point that Henry Mencken opined, "We must respect the other fellow's religion, but only in the sense and to the extent that we respect his theory that his wife is beautiful and his children smart." In other words, those who can see the world in all its harsh reality do not have to believe that their neighbour is best buddies with some invisible all-powerful immaterial entity, but they should be sensitive enough to leave the illusion intact for their neighbour.

The problem with this statement, however, is that it's based on the assumption that the existence of God is as subjective as beauty. Clearly this isn't the case. Either God exists, or he does not. It's not a matter of taste or of preference; there is no way for him to exist to one person and not to another. If he does not exist, it is cruelty and not kindness to leave people chasing after some vaporous divine promises, though the realization that they were vaporous may come as quite a shock. If he does exist, it becomes naïve and foolish to try to struggle through life without reference to him. In this respect at least, an each to their own response becomes dangerous. The one thing that both parties should respect is the intellect of the other fellow. They should listen to him and acknowledge that he could be right. Meanwhile they should recognize that he has the right, and indeed the maturity, to hear the arguments and evidence that motivated their own position. This is how civilized individuals communicate their ideas.

When people say, "I just don't like people trying to impose their beliefs on me", they almost always assume that these beliefs are of the "my wife is the most beautiful thing in the world" nature. The only thing in support of such a belief is the sincerity of the speaker, and it exists in the strange world of statements that are neither true nor false. If religious beliefs fall into this category, insisting that one religion is more valuable or more true than another makes no sense. If so, it is just as legitimate to hold to each religion, and there is no way to say that any religion (or philosophy) is wrong. It's also becomes offensive, even cruel, to seek to do so. No-one wants their dearly held beliefs arbitrarily overruled by someone else's equally subjective viewpoint.

Few would make such a statement about beliefs that do not fall into this category. Would you say "I just don't like people imposing their belief that the sky is blue on me", "... that three times two is six...", "...that the people of China are human beings...", or "...that it's illegal for a seven-year-old to buy cigarettes"? Even an obviously false statement wouldn't get that reaction; you might point out that three twos doesn't make seven, but you wouldn't frame it in terms of not imposing beliefs.

Again, a much better response to an objective "belief" would be an honest respectful dialogue, genuinely listening to their beliefs and raising your own questions and thoughts on the matter. No-one should force a belief on others with nothing in support except their own sincerity. This is especially significant if it would mandate a change of lifestyle. However, nor is it reasonable to reject an objective and justifiable stance merely because people are pushing it too hard.
Posted by Josiah at 08:02