On Same Sex Marriage: A Response to Stephen B. 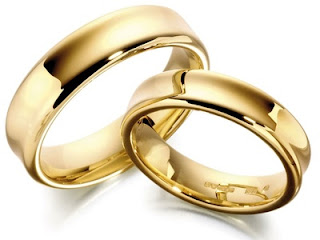 Over on the CrossExamined blog, where I am also a regular contributor, a comment from Stephen B. has offered a response to my previously published article concerning same sex marriage. Stephen writes,

"Sorry Jonathan, but this is not a category error, and your objection doesn’t work.

Your objection does not make a ‘like-for-like’ comparison. You compare the action in the one to the behavior in the other.

It would be equally fallacious to say “There are lots of people who stop finding other races attractive, whereas there are no former men’.

Either way, there is no category error being made and a comparison to anti-miscegenation laws are quite valid. Objections such as ‘Not many inter-racial couples are choosing to get married’ would be equally irrelevant, whether true or not."

Stephen, race is not foundational to the concept of marriage. Gender, however is. Permitting interracial marriage does not necessitate a fundamental redefinition of the very heart of what marriage is. There is zero evidence to suggest that, say, having an Asian mother and a Caucasian father is detrimental to a child's upbringing and development. There is plenty of evidence, however, to suggest that a child's upbringing is impaired by the absence of either a mother or a father. I may write a follow-up post reviewing some of the pertinent literature in this regard.

"[I]n commonsense and in a constitutional sense, there is a clear distinction between a marital restriction based merely on race and one based on the fundamental difference in sex."

The court ruling was subsequently appealed to the US Supreme Court, though it did not receive a hearing. The court stated "appeal dismissed for want of a substantial federal question."

Polls also show that African Americans are largely opposed to the proposed redefinition of marriage to include same-sex couples (see, for example, here). In fact, a 2004 article in The Charlotte Observer noted that "Blacks Resent Comparison of Gay Rights to Civil Rights" and that "The gay rights movement is not the same in this regard because it is focused on securing rights for one group of Americans. It is not a civil rights movement but rather a special rights movement to secure rights for those who have chosen to be defined by their sexual preference."

Stephen B. continued his response by quoting my statement that “Likewise, they have equal rights to marry anyone of the opposite gender,” noting,

One needs to consider at this point what the purpose of marriage actually is. The purpose of marriage, at least so far as the state is concerned, is primarily to produce a suitable nurturing environment for establishing families and for raising children -- and ultimately for bringing forth the next generation. In her Varieties of Sexual Experience: An Anthropological Perspective on Human Sexuality (p. 248), Suzanne G. Frayser states that "Marriage is a relationship within which a group socially approves and encourages sexual intercourse and the birth of children." The only kind of relationship which can bring forth the next generation is between a man and a woman. As the gay American writer Michelangelo Signorile tellingly wrote in OUT magazine in May of 1996,

"The trick is, gay leaders and pundits must stop watering the issue down -- "this is simply about equality for gay couples" -- and offer same-sex marriage for what it is: an opportunity to reconstruct a traditionally homophobic institution by bringing it to our more equitable queer value system, ... a chance to wholly transform the definition of family in American culture... Our gay leaders must acknowledge that gay marriage is just as radical and transformative as the religious Right contends it is."

In conclusion, there is more to the debate over same-sex marriage than often meets the eye. While certain people doubtless have propensities towards, or desires for, particular types of behaviour (such as homosexuality), to claim that we ought to have the right to act upon every desire or impulse that we have is irrational. Self-restraint with respect to some behaviours is a necessary ingredient for a civilised society. As Frank Turek explains, "[t]he legalization of homosexual marriage threatens traditional marriage — the national immune system that protects our civilization from destruction." For a more detailed discussion of this topic, I refer readers to Frank Turek's Correct Not Politically Correct: How Same Sex Marriage Hurts Everyone and Glen Stanton and Bill Maier's Marriage on Trial: The Case Against Same Sex Marriage and Parenting.
Posted by Jonathan McLatchie at 06:00