The Argument From Cosmic Fine Tuning 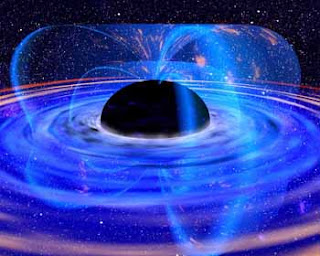 The concept of cosmic fine tuning relates to a unique property of our universe whereby the physical constants and laws are observed to be balanced on a ‘razor’s edge’ for permitting the emergence of complex life. The degree to which the constants of physics must match precise criteria is such that a number of agnostic scientists have concluded that indeed there is some sort of transcendent purpose behind the cosmic arena. British astrophysicist Fred Hoyle writes: “A common sense interpretation of the facts suggests that a super intellect has monkeyed with physics, as well as with chemistry and biology, and that there are no blind forces worth speaking about in nature. The numbers one calculates from the facts seem to me so overwhelming as to put this conclusion almost beyond question.”
Fundamental Constants

The ripples in the universe left over from the original ‘Big Bang’ singularity (often referred to as CMB, or cosmic background radiation) are detectable at one part in 10^5 (100,000). If this factor were even slightly smaller, the cosmos would exist exclusively as a collection of gas -- stars, planets and galaxies would not exist. Conversely, if this factor were increased slightly, the universe would consist only of large black holes. Either way, the universe would be uninhabitable.

Another finely tuned value is the strong nuclear force that holds atoms -- and therefore matter -- together. The sun derives its ‘fuel’ from fusing hydrogen atoms together. When two hydrogen atoms fuse, 0.7% of the mass of the hydrogen atoms is converted into energy. If the amount of matter converted were slightly smaller -- say, 0.6% instead of 0.7% -- a proton would not be able to bond to a neutron and the universe would consist only of hydrogen. Without the presence of heavy elements, planets would not form and hence no life would be possible. Conversely, if the amount of matter converted were increased to 0.8% instead of 0.7%, fusion would occur so rapidly that no hydrogen would remain. Again, the result would be no planets, no solar systems and hence no life.

The ratio of electrons to protons must be finely balanced to a degree of one part in 10^37. If this fundamental constant were to be any larger or smaller than this, the electromagnetism would dominate gravity -- preventing the formation of galaxies, stars and planets. Again, life would not be possible.

Mass of the Cosmos

The density of protons and neutrons in the cosmos relates to the cosmic mass density. That density determines just how much hydrogen fuses into heavier elements during the first few moments after the origin of the universe. In turn, the amount of heavier elements determines how much additional heavy-element production occurs later in the nuclear furnaces or stars.

What would be the consequence if the respective density of neutrons and protons were significantly lower? Firstly, nuclear fusion would occur with less efficiency. Consequently, the heavier elements such as carbon, nitrogen, oxygen, phosphorous, sodium and potassium -- all of which are essential for the emergence of physical life -- would not be formed. Moreover, assuming no additional cosmic density factors such as dark energy, a cosmos which possesses less mass density would prohibit the formation of stars and planets. Why? The expansion rate would be so big that matter would expand too quickly for gravity to pull together the gas and dust to allow their formation. If that were not enough, with only a little extra mass, the cosmos would expand so slowly that all stars in the cosmos would quickly turn into black holes and neutron stars. The density near the surface of such bodies would be so enormous that molecules would be impossible. Therefore, life would not be possible. The radiation from the formed black holes and neutron stars would also render physical life an impossibility at any point in a universe with such a high density.

Conversely, what would be the effect if the density of protons and neutrons in the cosmos were to be significantly higher? Nuclear fusion would be too productive, meaning that all the hydrogen in the universe would rapidly fuse into elements heavier than iron. The ultimate result is the same -- the life-essential elements would not exist. Moreover, if the cosmic mass density were to be greater, gas and dust would condense so effectively under gravity’s influence that all stars would be much more massive than the Sun. Thus, planets would not be life-permitting because of the intensity of the radiation of their respective star, and additionally because of the rapid changes in the stars’ temperature and radiation.

The mass of the universe exhibits cosmic fine tuning to simultaneously permit two features which are essential for permitting life: (1) the correct diversity and quantity of elements; and (2) the appropriate rate of cosmic expansion required to allow life. Such cosmic fine-tuning bespeaks foresight and planning -- indicators of intelligent design.

Our Place in the Universe

There exist many physical factors that must be precisely set for any planet to be hospitable to life. Life must be in the right type of galaxy. There are three types of galaxies (elliptical, irregular and spiral). Elliptical galaxies lack the heavy elements needed to support life. Irregular galaxies have too many supernova explosions. Only spiral galaxies can foster life. The Milky Way is a spiral galaxy.

Life must also be in the right location in the galaxy. We are situated in the right place in the Milky Way. If we were too close to the centre of the galaxy (closer to the black hole), harmful radiation would make life impossible. Conversely, if our planet was too far out in the periphery, not enough heavy elements would be available for the construction of habitable planets.

Life must also have the right type of star. Stars act as energy sources for life. Most stars are too large, too bright or too unstable to support life. The size and age of the sun enhances the earth’s hospitality. If the earth were moved 1% closer to the sun, bodies of water would vaporize, and life would not be possible. If the earth were as much as 2% farther from the sun, its waters would freeze. Earth has a nearly circular orbit, which ensures a nearly constant distance from the sun -- ensuring that seasonal changes are not too severe.

If earth did not have a moon of the right shape and size, our planet would not be able to sustain life. The moon stabilizes the earth’s tilt, in turn preventing extreme temperatures and creating a stable, bio-friendly environment.

There are many other factors which influence the habitability of the earth. The few examples here detailed unequivocally demonstrate that indeed the earth is a privileged planet, another indicator of intelligent design.

Is the Universe Designed for Discovery?

In 2004, Guillermo Gonzalez and Jay Richards published their groundbreaking book, “The Privileged Planet”, in which they argued that the conditions most suited for life also provided the best overall setting for making scientific discoveries. In other words, our planet is not merely fine-tuned for life, but it is also finely-tuned for discovery.

One example is the phenomenon known as solar eclipses. People have witnessed solar eclipses for millennia, but only recently have we begun to notice a remarkable correlation: The only place in our solar system where a perfect solar eclipse can be observed happens to be the only place where there are observers. There are hundreds of moons in our solar system, but most moons cannot entirely eclipse the sun. Of all the places in our solar system, only on earth do the sun and moon appear the same size to observers. This is because the sun is both approximately 400 times larger than the moon and roughly 400 times farther away. Solar eclipses have played a significant role in scientific discovery, having helped physicists to confirm Einstein’s general theory of relativity.

The Milky Way, as a spiral galaxy -- in addition to being the only biofriendly kind of galaxy -- is relatively flat. Consequently, it has less gas and dust than others, and fewer stars impede our view of the rest of the universe.

Earth is located not only in the galactic habitable zone, but also in the right place where minimal light pollution and other visual obstructions might impede the view of our surroundings. Moreover, earth’s atmosphere -- which is the only one we know of which can support life -- is also the only one clear enough to allow us to observe the universe.

To believe that the facts and figures here detailed amount to no more than happy coincidence, without doubt constitutes a greater exercise of faith than that of the Christian who affirms the theistic design of the universe. Such scientific insights over the last several decades have led the late Robert Jastrow -- a self-proclaimed agnostic -- to write: “For the scientist who has lived by his faith in the power of reason, the story ends like a bad dream. He has scaled the mountains of ignorance; he is about to conquer the highest peak; as he pulls himself over the final rock, he is greeted by a band of theologians who have been sitting there for centuries.”

This blog post was adapted from a previous article published on AllAboutScience.org.
Posted by Jonathan McLatchie at 09:13