What Genre are the Gospels? 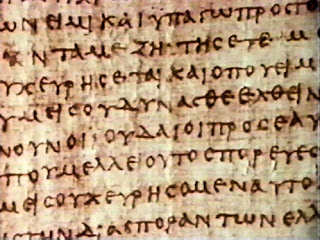 Its obvious when reading through the Gospels that the authors present a form of biography. However its also obvious that for anyone who has read any modern biography that the two present very different approaches. Most modern biographies present intricate details of the person from their birth until their death and are much longer. Whereas the Gospels have very little to say about Jesus from his birth until the age of thirty, when he began his ministry and are very short in comparison. Yet the Gospels quite clearly include biographical data about Jesus and clearly present Jesus in a historical and geographical context. This is demonstrated by Jesus crucifixion under Pontius Pilate whist serving in his role as Prefect of Judea circa AD 26-36, which is included in all four Gospels. The Gospels present us with other historical figures [King Herod, Caiphus etc] that allow us to place where and when these things occurred unlike ancient mythology as some would suggest the Gospels present. It also presents Jesus in many geographically locations that are still there today for us to validate. So its clear that although the Gospels may differ from modern-day biographies they still attempt to present us with accurate biographical and historically information about Jesus.

Increasingly scholars [Richard A. Burridge, Ben Witherington III, David E Aune etc] are suggesting that the Gospels are a form of ancient Hellenistic biography. I shall briefly demonstrate why this is thought to be the case.


Why does this matter?

It matters because many sceptics today whether in books or on the internet claim that the canonical Gospels cannot be trusted. We must be confident that the Gospels present us with accurate and valid information about Jesus' life. If the Gospels are just novels or ancient mythological accounts then how can we trust them? If we can be demonstrated that the Gospels were written as accurate historical biography then it lends to the case that the Gospels are indeed reliable. However we should be aware that even when evidence is presented there will always be those that will still deny the conclusion of sound premises as renowned religious scholar Geza Vermes demonstrates below:


"It is generally agreed that, whilst maintaining a definite interest in time, space, and circumstance, the Synoptists did not aim to write history proper. Although they adopted the biographical literary form, their life of Jesus was intended principally as a vehicle for the preaching of the early Church. In consequence, however brilliantly analysed, the Gospels cannot be expected to provide more than a skeletal outline of Jesus of Nazareth as he really was." (Geza Vermes, Jesus the Jew, pp 42)


Geza Vermes presents us with exactly this point of view, so even after recognising that the Gospels present a a biographical account that were interested in time and space he still can't see them as anything more than a vehicle for preaching! However there are some that would go much further in denying that the Gospels have little if any historical valid information regarding Jesus.

Similarities between the Gospels and ancient biography

The reason that scholars come to the conclusion that the Gospels fit the ancient biography genre are for some of the following reasons.

1. Ancient biographies were often short, this was so that they could be read aloud. This also appears to be the case with the Gospels since they are also short narratives with only Luke's Gospel (19,428 words) being at the higher end of an ancient scrolls capacity. This obviously affected what and how much could be recorded. It was also common for ancient biographies to skim over large portions of the subjects life to include only the keys events and statements. Its obvious from a plain reading of the Gospels that this often appears to be the case.

2. Ancient biographies nearly always introduced the main character very early on so that the key subject could be recognised very early on in the narrative. This is the case in the three gospels apart from Luke, however Luke still demonstrates that his account is primarily interested in historical accuracy as he records in his account below.

Inasmuch as many have undertaken to compile a narrative of the things that have been accomplished among us, just as those who from the beginning were eyewitnesses and ministers of the word have delivered them to us, it seemed good to me also, having followed all things closely for some time past, to write an orderly account for you, most excellent Theophilus,that you may have certainty concerning the things you have been taught. [Luke 1:1-4]


3. Ancient biographies obviously included the death of the main subject, however the ancients associated how someone died with their moral character. This helps to explain why the Gospels writers often go into great detail to understand and explain how Jesus' dishonourable death on a Roman cross could be understood, taking into account the assumption.

4. Unlike modern biographies ancient biographies didn't necessarily spend a proportionate amount of time on each portion of the subjects life. What this means is that it is perfectly understandable taking into account the genre, that the Gospel writers spend proportionately more time on the three years of Jesus' earthly ministry than recording unnecessary details. we therefore don't end up with a full picture with the unnecessary details but a picture that focuses on the most important details of a Jesus' life, those that will leave a lasting impact on the reader.

5. Ancient biographies were also not particularly interested in the way the subject looked, what was most important were the sayings or moral statements of the subject. We can see this in the gospel where the physical appearance of Jesus is spoken very little of, if at all, as the gospel writers are focused on what he had to say not what he looked like.

I could carry on with the parallels between Hellenistic biographies and the Gospels but I feel that the similarities suitably make the point I wanted them to. If the Gospels are biographical accounts then there goal was to accurately record the most important aspects of Jesus' life for us. If this is the case then they are not novel fables or mythology but instead lend to the case that we have another reason to trust the four gospel accounts of Jesus' life and ministry here on earth. Although the writers intentions may have been to record accurate history doesn't necessarily prove that what they wrote was correct it does at the very least provide us with evidence that the authors weren't purposely deceiving anyone.

What Are the Gospels?: A Comparison with Graeco-Roman Biography, Richard A. Burridge, 1995