Was Jesus Seen Alive After His Death? 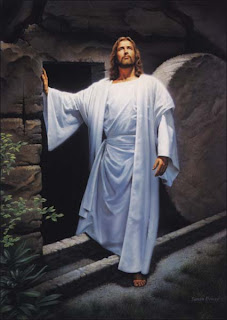 What do you think was the most significant event in human history? Unquestionably, the greatest event was the faint sound of a heartbeat in a cold lifeless body in a tomb two thousand years ago. The sound of blood rushing through the heart of Jesus of Nazareth is a sound which will undoubtedly thunder throughout eternity owing to its profound implications

Its significance lies in the fact that it constituted evidence that the Judge of the Universe had acknowledged that the payment for our sins had been accepted.
The bodily resurrection of Jesus from the dead is God’s public vindication of his Son’s radical claims to divine authority. According to Acts 17:31, “God has set a day when he will judge the world with justice by the man He has appointed. He has given proof of this to all men by raising him from the dead.” The credibility of Christianity thus hangs on one straightforward question: Did Jesus Christ come back to life a few days after he died and was buried? His character, his claims and his relevance for today all hinges on this crucial issue.
The spin-off is stupendous. If Jesus is now no more than a handful of dust and bones slowly crumbling away somewhere on the outskirts of Jerusalem, the entire Christian faith lies buried with him; all its martyrs were mistaken; all its reformers deluded; all its church buildings are monuments to a myth; all its services are senseless and Easter Day is wishful thinking.

So how can one ascertain the answer to this critical question? Fortunately, as a worldview rooted in history, the Bible makes claims that can be investigated and verified academically.

In this blog series, I am going to approach the accounts of the resurrection not primarily as inspired Scripture, but rather as a collection of Greek documents purporting to have been written by first-hand eye witnesses of Jesus’ life and public ministry in the first century A.D. Laying aside any theological bias or presupposition we may have, let us approach these documents with objectivity – in the way that we would commonly regard any source of ancient history. In doing so, I aim to present the facts with integrity and allow readers to make up their own minds with respect to the grander claims and personhood of Christ, to whom I believe these facts decisively point.

There exists a very compelling and multifaceted case for the resurrection of the Christ. In this blog series, I am going to argue that the dynamics of Christianity’s origin (and, indeed, the precise shape that early Christianity took) becomes extremely difficult to account for unless indeed Jesus rose from the dead.

In this first blog entry, let us start by considering the situation immediately facing the disciples following Jesus’ crucifixion. Their messianic leader had just been executed. And a shamefully executed criminal was utterly foreign to the typical Jewish Messianic expectations. Rather, the role of the Messiah, in their view, was to lead Israel in a military and political campaign against the Romans and re-establish a Davidic reign.

But it gets worse. Not only was a dying Messiah foreign to the first century Jewish expectations, but to be executed by hanging on a tree was to be rendered literally a heretic: a man who was accursed and forsaken by God (see Deuteronomy 21:23). Indeed, this is one of the leading reasons why it remains virtually beyond doubt that Jesus really was crucified in that manner: If he hadn’t been executed in that manner, a death by crucifixion is the very last thing that the disciples would have attributed to Jesus.
Not only would it have been inherently unconvincing to (and utterly unnecessary to persuade) the Jews that Jesus was the Messiah, but it, in effect, demonstrated that the Pharisees and Jewish council had been right all along: the disciples had left their homes, families and possessions to follow a heretic!

Even more intriguingly, Jewish beliefs concerning the afterlife precluded anyone’s rising from the dead to glory & immortality before the general resurrection at the end of the world. It is thus significant that the disciples had no necessary predisposition toward a bodily resurrection, for it was counter-cultural given the prominent Jewish mentality. This is perhaps why, as John testifies in his account (20:9) that – upon discovery of the empty tomb – “They still did not understand from Scripture that Jesus had to rise from the dead.”
Moreover, the transformation of the disciples from a terrified bunch of individuals who felt themselves betrayed, into a fearless group ready to proclaim the message to Rome and to the rest of the world cannot be explained with a mere shrug of the shoulder.
Furthermore, it was the post-resurrection appearances that made the ultimate difference to not only the church-persecutor Paul and Jesus’ younger brother James, but also the skeptic Thomas, who asserted that he would not believe that Jesus had been bodily raised from the dead until he had a chance to put his fingers into the nail-marks in his hand and feet.

As H.D.A Major explains, “Had the crucifixion of Jesus ended His disciples’ experience of Him, it is hard to see how the Christian church could have come into existence. That church was founded on faith in the Messiahship of Jesus. A crucified Messiah was no messiah at all. He was the one rejected by Judaism and accursed of God.”

The Lack of Initial Theological reflection on the resurrection

The Gospel resurrection narratives contain certain key features, common to all four of them, demonstrating fairly convincingly that – though written down later – they nonetheless go back to the very earliest oral tradition. This is, of course, of huge importance.

It has often been argued that Mark was written first (who doesn’t say very much about the resurrection); Matthew comes next (without much to add); and then towards the end of the century, Luke and John write their gospels involving stories of Jesus eating broiled fish, cooking breakfast by the shore, inviting Thomas to touch him, and so on. The theory – as propounded by many skeptical scholars – claims that, since there were Gnostics toward the end of the century who started to believe that Jesus wasn’t really truly human, Luke and John created these stories as a propaganda tool in order to confirm his manhood and that he had a bodily form.
The main problem with this theory is that the narratives in question have this same Jesus coming and going through locked doors, sometimes being recognized and sometimes not being recognized, appearing and disappearing at will, and finally ascending to heaven. If one were making up a narrative in order to persuade people that Jesus was a solid human being, they certainly would not have put all that material in!

On the flip side of the coin, if you were a first century Jew wanting to invent a story about Jesus being raised from the dead, the natural source to drawn on would be Daniel 12 (one of the big texts on resurrection in second temple Judaism), which states that the righteous will shine like stars in the kingdom of their Father. Jesus quotes this passage in Matthew 13. It is therefore all the more intriguing that none of the resurrection narratives have Jesus shining like a star!

From these two points of view, then, we can conclude that the portrait of Jesus in the resurrection narratives is very curious. There is no portrait like that in the Jewish narratives of the time. Remarkably, however, it is consistent across all four of the gospels. As N.T. Wright puts it,“Something extraordinary has happened that’s left its footprints in the narratives. People would not have made these things up off the top of their heads. Anyone writing fictitious accounts of Easter would have made Jesus more clearly recognizable.”
Further still, there is an almost complete absence of allusion to the Old Testament in the resurrection narratives. In the passion narratives (those which concern the crucifixion), the text weaves Psalm 22, Isaiah 53, Zechariah, and other Old Testament prophecies into the story. But when you get to the resurrection narratives, such prophetic allusions are completely absent from all four Gospels.

Recall that Paul writes in 1 Corinthians 15 that Christ was raised from the dead according to the scripture. By the early 50’s, Paul already had a rich arsenal of prophetic Old Testament texts in terms of which to interpret the resurrection. Matthew especially loves recording that “This happened in order that the Scripture might be fulfilled that said…” But with respect to Matthew’s resurrection narratives, there is none of this! Similarly, John (20:9) records that when the disciples went to the tomb, “They still did not understand from Scripture that Jesus had to rise from the dead.”

This is suggestive of the fact that these accounts go back substantially to an early oral tradition that precedes the theological and exegetical reflection.
Ancient beliefs concerning resurrection
There was a wide spectrum of beliefs about life after death in the ancient world. but ‘resurrection’ doesn’t feature in the Greco-Roman world. The Jewish theology of resurrection held that the righteous of Israel would be raised at the general resurrection which would occur at the end of the world.

Let’s take a brief look at the the Jewish understanding of resurrection. The Jewish Pharisees believed in resurrection, and this would appear to have been the dominant view in Palestinian Judaism at the time of Jesus. By contrast, the Sadducees had no concept of resurrection, or for that matter of life-after-death at all. Others (e.g. Philo) believed that one would simply progress into the afterlife, with no experience of a subsequent resurrection of the body.
In all of the cultures which have been studied, beliefs about life after death are very conservative. When confronted with the reality of death, people tend to seek refuge in the beliefs and practices they know. It is assuredly remarkable, therefore, that all of the early Christians known to us for, at least for the first four or five centuries, believed in an future bodily resurrection. This becomes all the more astonishing when you consider that the majority of them came from the pagan world, where this was regarded as nonsensical.

One can identify several departures, in Christianity, from the classic Jewish belief about resurrection:

So, where am I going with all this? It seems fairly clear that if the idea that Jesus had been raised from the dead only started to crop up after twenty to thirty years of Christianity, as many skeptical scholars have supposed, one would expect to find lots of strands of early Christian beliefs concerning the resurrection.

Thus, we can conclude that the wide extent and unanimity of early Christian belief in resurrection forces us to say that something definite happened, extremely early in the life of Christianity, that has shaped and coloured the whole of the early Christian movement.
In a subsequent blog post, we shall consider what we can learn from the famous creedal tradition quoted by Paul in 1 Corinthians 15.
Posted by Jonathan McLatchie at 01:49