Does Jesus receive worship from Thomas in Johns Gospel?

This short post will seek to demonstrate that the obvious and plain reading of John 20:28 which at first glance appears to record one of Jesus' disciples worshipping Jesus as God, and in return Jesus receives that worship is correct. 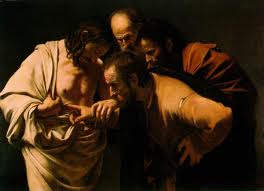 Now Thomas, one of the Twelve, called the Twin, was not with them when Jesus came. So the other disciples told him, “We have seen the Lord.” But he said to them, “Unless I see in his hands the mark of the nails, and place my finger into the mark of the nails, and place my hand into his side, I will never believe.” Eight days later, his disciples were inside again, and Thomas was with them. Although the doors were locked, Jesus came and stood among them and said, “Peace be with you.” Then he said to Thomas, “Put your finger here, and see my hands; and put out your hand, and place it in my side. Do not disbelieve, but believe.” Thomas answered him, “My Lord and my God!” Jesus said to him, “Have you believed because you have seen me? Blessed are those who have not seen and yet have believed.” Now Jesus did many other signs in the presence of the disciples, which are not written in this book; but these are written so that you may believe that Jesus is the Christ, the Son of God, and that by believing you may have life in his name. (John 20:24-30)


What I generally hear from the Muslims I have spoken to is that when Thomas makes the statement "My Lord and my God!" is that Thomas is saying this out of surprise or shock which would mean Thomas was taking Gods name in vain (Blasphemy). However there are a few obvious problems with such a suggestion, it is highly unlikely that a God fearing Jewish disciple like Thomas would ever use Gods name inappropriately nor would we expect Jesus to respond in a way that ignored such a serious sin.

“You shall not take the name of the Lord your God in vain, for the Lord will not hold him guiltless who takes his name in vain. (Exodus 20:7)

“‘You shall not take the name of the Lord your God in vain, for the Lord will not hold him guiltless who takes his name in vain. (Deuteronomy 5:11)


Blasphemy was simply one of the most serious sins that could be committed which makes it highly unlikely and also in no way fits the context of what is actually occurring. In fact to claim so fits with what we may observe today in the twentieth century western world, but this is not what you would hear from a God fearing Jewish disciple in Israel, this presents a sought of terminological fallacy. We have to remember that we are talking about a culture where before the Jewish scribes would even write the name of God they would have to wash their pen and then wash their entire body in a pool of natural water [Mikveh].

Why didn't Jesus rebuke Thomas if he was blaspheming Gods name in his 'exclamation'?

This would be surprising since the punishment in Judaism was that the Blasphemer would be sentenced to death which makes it even more unlikely that a disciple would say such a thing in front of his teacher. It would be like a Muslim man standing next to his Imam and using the name of Allah in a derogatory manner and then the Imam saying nothing of what he just plainly heard. The reason Jesus didn't react to the blasphemy is that what Thomas said wasn't blasphemy but a clear statement directed at Jesus.

This is clearly seen from Thomas' clear statement "and said to him [Jesus]" which in the Greek is literally 'kai eipen auto' which is simply 'and said to him'. This demonstrates that this is clearly directed at Jesus and not just a blasphemous exclamation as claimed. Eipen auto was a commonly used idiom in the New Testament which is always used to address the object which would be Jesus in this case and never a relative or general statement or exclamation, it just doesn't make grammatical sense and an honest investigation by Muslims will find this to be the case.

And they came to John and said to him [eipen auto], “Rabbi, he who was with you across the Jordan, to whom you bore witness—look, he is baptising, and all are going to him.” (John 3:26)

Thomas answered him, “My Lord and my God!”

So now that we have clearly seen that Thomas' address was directed at Jesus is it possible that he is saying anything else than what it appears to be saying? Again we only have to look at the Greek which leaves no room for any other conclusion.

'ho kurios mou kai ho theos mou' which literally translates as the Lord of me and the God of me. (John 3:28)

It is difficult to find any other explanation here for what is an obvious conclusion, Thomas clearly recognises and worships Jesus as God, there is simply no room for a more valid conclusion. The proof of Jesus physical resurrection which vindicated Jesus' previous claims to divinity demonstrated the obvious to Thomas who could no longer hold back and hence we have his clear proclamation aimed at Jesus.

What we would expect to see if someone received worship other than God?

The disciple Peter in the book of Acts is confronted with a situation where a man named Cornelius falls at his feet and attempts to worship him (Acts 10:25-26), Peter however responds clearly with “Stand up; I too am a man.” because he understood the clear teaching within Judaism that worship is reserved for God only. We would have expected to hear something similar from Jesus when he receives worship from Thomas but instead we hear the words:

Jesus said to him, “Have you believed because you have seen me? Blessed are those who have not seen and yet have believed.” (John 20:29)


Jesus responds that those whom haven't or don't get to see Jesus' resurrection body will be blessed which alludes to those in the future who believe in the resurrection without seeing him first-hand. No hint of a rebuke here at Thomas by Jesus for declaring his worship at him.


One example of Jesus' other claims

My sheep hear my voice, and I know them, and they follow me. I give them eternal life, and they will never perish, and no one will snatch them out of my hand. My Father, who has given them to me, is greater than all, and no one is able to snatch them out of the Father's hand. I and the Father are one.” The Jews picked up stones again to stone him. Jesus answered them, “I have shown you many good works from the Father; for which of them are you going to stone me?” The Jews answered him, “It is not for a good work that we are going to stone you but for blasphemy, because you, being a man, make yourself God.” (John 10:27-33)


You see it is not just from one or two specific verses that Christians get to their conclusions, just in these few verses above Jesus makes several claims. He claims he can grant eternal life to people, the Jews correctly recognised that this is only Gods right, and secondly that Jesus and the father are equal and thirdly that Jesus posses the sovereign power to keep his followers which leads the Jews to the obvious conclusion that Jesus is claiming ontological equality with God. The terminology that Jesus uses here is clearly taken from the Old Testament scriptures which is why its so obvious to the Jews and sometimes less so to us today.


What is interesting is that Muslims may disagree with what Jesus' says but the Bible is where we find out about Jesus, the Koran says very little about Jesus' life or what he taught. The Jesus of the Bible makes claims of equality with God the father, and claims that he will be killed, and resurrected three days later. If any of these claims are true then the Muslim must abandon the Koran and Muhammed and instead follow the Jesus who is the saviour to the whole world (John 3:16) and who is able to forgive sins through his sacrifice for us on the cross (John 1:29).

...concerning his Son, who was descended from David according to the flesh and was declared to be the Son of God in power according to the Spirit of holiness by his resurrection from the dead, Jesus Christ our Lord.. (Romans 1:3-4)


Why we know the Gospel of John hasn't been changed