Cherry Picking the Bible? Are Christians Expected to Follow the Levitical Laws? 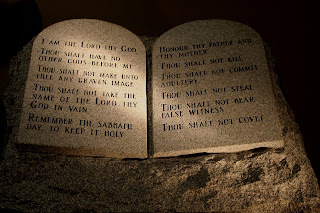 This is an issue which comes up often, particularly in the context of discussions concerning the moral legitimacy of homosexuality and the institution of same-sex marriage. Now, my views on the issue of same-sex marriage fall into two categories — theological and sociological. While I think that there are good sociological arguments against the institution of same sex marriage, I also hold that homosexual behaviour is immoral for theological reasons. The Biblical basis for this view comes from a number of Scriptural passages. Among them is Leviticus 18, a chapter concerned exclusively with sexual sin. Verse 22 commands, “Do not have sexual relations with a man as one does with a woman; that is detestable.” Mention of this passage routinely raises the objection, “But aren’t you cherry picking the Bible? After all, you don’t follow all those laws in Leviticus either. Do you refrain from wearing clothing woven from two kinds of material as prohibited in Leviticus 19:19? And do you obey the dietary laws outlined in Leviticus 11?” I get this objection put to me so often that I felt compelled to write a blog post addressing it. I trust that those who make this kind of objection will find this post informative.
The Three-Fold Division of the Law

The Levitical law may be subdivided into three categories: These are,
1. Ceremonial Law
2. Judicial / Civil Law
3. Moral Law

This three-fold division is by no means a modern idea invented to dodge around popular objections to the Biblical stance on homosexuality and other sins. Indeed, John Calvin (1509-1564), in The Institutes of the Christian Religion wrote, “We must attend to the well-known division which distributes the whole law of God, as promulgated by Moses, into the moral, the ceremonial, and the judicial law.” Furthermore, in his Institutes of Elenctic Theology, Francis Turretin (1623-1687), one of Calvin’s successors at Geneva, wrote that “The law given by Moses is usually distinguished into three species: moral (treating of morals or of perpetual duties towards God and our neighbour); ceremonial (of the ceremonies or rites about the sacred things to be observed under the Old Testament); and civil (constituting the civil government of the Israelite people).” The three-fold division of the law is also alluded to in the 1689 Baptist confession.

But the concept dates back even further still. In his Summa Theologica, the theologian Thomas Aquinas (1225-1274) writes,


“For example, ‘Thou shalt not covet’ is a moral precept; ‘Thou shalt circumcise every male on the eighth day’ is a symbolical precept.”

It is clear from the context that Augustine is here using the word “symbolic” to describe what we would today regard as “ceremonial”.
This multi-faceted nature of the law has also been recognised by the likes of Tertullian (160-220) and Justin Martyr (103-165).

What is Ceremonial Law?

The Israelites have long been God’s chosen people — the people from whom he would bring the ultimate Saviour who would bless all nations and bring Salvation to the ends of the world. As God’s chosen people, Israel was given various ceremonial regulations in order to separate her from the surrounding gentile nations. This included the practice of circumcision. In Genesis 17, God says to Abraham,


“As for you, you must keep my covenant, you and your descendants after you for the generations to come. 10 This is my covenant with you and your descendants after you, the covenant you are to keep: Every male among you shall be circumcised. 11 You are to undergo circumcision, and it will be the sign of the covenant between me and you. 12 For the generations to come every male among you who is eight days old must be circumcised, including those born in your household or bought with money from a foreigner—those who are not your offspring. 13 Whether born in your household or bought with your money, they must be circumcised. My covenant in your flesh is to be an everlasting covenant. 14 Any uncircumcised male, who has not been circumcised in the flesh, will be cut off from his people; he has broken my covenant.”

This was the covenant of circumcision, which was intended to separate the people of Israel from her gentile neighbours. There were many other ceremonial laws as well, and this included things like dietary regulations (e.g. don’t eat shell fish) and regulations of cleanliness.

What is Judicial / Civil Law?

The judicial / civil law pertains to those laws which are culturally specific to ancient Israel. Laws falling into this category included penalties for various crimes, rules for business transactions and guidelines for the treatment of servants and slaves.

What is Moral Law?

The moral law describes God’s commandments which are binding regardless of cultural contingencies. The moral law includes the ten commandments, which are given in Exodus 20. According to the Bible, we have an awareness of God’s moral laws written on our hearts (e.g. Romans 2) but we have all violated this standard and thus fall under the righteousness condemnation of God (Romans 3:23). Galatians 3:13-14 describes God’s solution:


13 Christ redeemed us from the curse of the law by becoming a curse for us, for it is written: “Cursed is everyone who is hung on a pole.” 14 He redeemed us in order that the blessing given to Abraham might come to the Gentiles through Christ Jesus, so that by faith we might receive the promise of the Spirit.

Christ, then, satisfied the justice and wrath of God that we deserved by standing in our lawplace condemned in our place. He bore the full force of the wrath of God that should have been borne by us because of our sin, meaning that we might be redeemed from the curse of the law by repenting of our sin, ceasing to trust in our own goodness and meritorious self-righteousness for our salvation and trusting in the completed work of Christ.

Which of Those Laws is Applicable to Us Today?

Only God’s moral law is applicable to us today. The ceremonial and judicial laws of ancient Israel are not. Galatians 2:1-3; 5:1-11; 6:11-16; 1 Corinthians 7:17-20; Colossians 2:8-12; Phillipians 3:1-3 all indicate that the covenant of circumcision has now been done away with. What counts now is, in a manner of speaking, a circumcision of heart — which takes the form of faith in Christ and repentance from our sin.
In Acts 10, we read of Peter’s vision:


9 About noon the following day as they were on their journey and approaching the city, Peter went up on the roof to pray. 10 He became hungry and wanted something to eat, and while the meal was being prepared, he fell into a trance. 11 He saw heaven opened and something like a large sheet being let down to earth by its four corners. 12 It contained all kinds of four-footed animals, as well as reptiles and birds. 13 Then a voice told him, “Get up, Peter. Kill and eat.”
14 “Surely not, Lord!” Peter replied. “I have never eaten anything impure or unclean.”
15 The voice spoke to him a second time, “Do not call anything impure that God has made clean.”
16 This happened three times, and immediately the sheet was taken back to heaven.

Peter’s vision suggests that the dietary requirements of the ceremonial law are now no longer applicable.
Furthermore, Hebrews 10:1 says that “The law is only a shadow of the good things that are coming—not the realities themselves.” Colossians 2:16-17 likewise says, “Therefore do not let anyone judge you by what you eat or drink or with regard to a religious festival, a New Moon celebration or a Sabbath day. These are a shadow of the things that were to come; the reality, however, is found in Christ.” Now the one to whom the law pointed — Christ the Messiah — has come and fulfilled the symbolism associated with the ceremonial law.

Anticipating an Objection: But Couldn’t The Sexual Regulations of Leviticus 18 Be Regarded As Ceremonial Law Too?

One can anticipate an objection to all of this: This being the case, the skeptic might ask, how can you with confidence say that homosexuality comes under God’s (non-culturally-contingent) universal moral prohibitions? How can one rule out that these sexual regulations (described in Leviticus 18) are not also part of the ceremonial law? In response to this, I would urge that the objector examine carefully the context.
Leviticus 18 begins with God saying to Moses,

After listing the various forms of sexual sin, the chapter ends,


“24 Do not defile yourselves in any of these ways, because this is how the nations that I am going to drive out before you became defiled. 25 Even the land was defiled; so I punished it for its sin, and the land vomited out its inhabitants. 26 But you must keep my decrees and my laws. The native-born and the foreigners residing among you must not do any of these detestable things, 27 for all these things were done by the people who lived in the land before you, and the land became defiled. 28 And if you defile the land, it will vomit you out as it vomited out the nations that were before you.”

It is thus abundantly clear from the context that the chapter is describing universal moral prohibitions. Indeed, it is violation of those prohibitions that has led God to punish and drive out the nations before Israel. God gives Israel a warning about what will happen to her if she falls into the practices of the nations before her.
Furthermore, God’s prohibitions against homosexual behaviour are reiterated in the new testament. In Romans 1, the apostle Paul writes,


26 Because of this, God gave them over to shameful lusts. Even their women exchanged natural sexual relations for unnatural ones. 27 In the same way the men also abandoned natural relations with women and were inflamed with lust for one another. Men committed shameful acts with other men, and received in themselves the due penalty for their error.


“9 Or do you not know that wrongdoers will not inherit the kingdom of God? Do not be deceived: Neither the sexually immoral nor idolaters nor adulterers nor men who have sex with men 10 nor thieves nor the greedy nor drunkards nor slanderers nor swindlers will inherit the kingdom of God. 11 And that is what some of you were. But you were washed, you were sanctified, you were justified in the name of the Lord Jesus Christ and by the Spirit of our God.”

There is thus little room for argument about what division of the law is in mind here.

In summary, there exists a three-fold division of the law — ceremonial, judicial/civil and moral. The civil and ceremonial law are no longer applicable to us today, while the moral law — which is not culturally contingent — is indeed universally binding. We have all violated God’s righteous decree and are thus guilty before a holy and just God. Because of God’s justice, He cannot turn a blind eye to sin: He must come against it with perfect justice. But God has provided a way for us to be redeemed from the curse of the law by the sacrifice of His Son on the cross, meaning that if we put our faith (trust) in Him for salvation and repent of our previous ways, we may not perish but have everlasting life in Him.
Posted by Jonathan McLatchie at 15:02