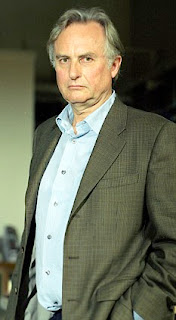 In the last post, we discussed the utility of theological reflection in the practice of apologetics. We suggested nine ways in which the study of theology may benefit those engaged in apologetics, arguing that one cannot successfully defend that which one does not know. In this short post, I wish to highlight a specific example of how the convergence of theological study and apologetic activity can not only be welcome but also necessary.

It’s no secret that Richard Dawkins is not a friend of the Christian faith. Neither, however, is he warm towards the discipline of theology. In an article for the Free Inquiry magazine in 2006, he asked, “what on earth makes one think that theology has anything useful to say” concerning the origins of human existence. [1] He continued to argue that “It is science and science alone that has given us this knowledge”, and by contrast, theology has never said anything “that is of the smallest use to anybody”. “The achievements of theologians”, writes Dawkins, “don’t do anything, don’t affect anything, don’t mean anything”. At other times he has spoken of his “doubt” that “‘theology’ is a subject at all”, comparing it with the study of leprechauns. [2]

Anyone interested in apologetics is aware of how popular it is (perhaps even easy) to rebuff Dawkins’ criticisms. What I want to ask, however, is why – why should you, the apologist, want to issue a response to Dawkins concerning Christian theology? Is it because he’s popular? Then you’re a bully, and a cynic. Is it because he compared God to a leprechaun? Then you’re too easily offended and distracted. Instead, you should want to respond to Dawkins’ assault on the study of Christian theology because it is an assault on all speech concerning God. There is a more pressing issue here, namely, Dawkins’ attempt to move the goalposts. If he establishes the invalidity of theology, then apologetics (which is, remember, a theological discipline) is necessarily defunct. You could have the best philosophical mind and the sharpest grasp of formal logic, but if theological speech is disqualified then your apologetic conclusions are dismissed as meaningless; the detritus of a bygone era.

It is, therefore, in the apologist’s best interest to be aware of theology here. In order to proffer a plausible apologia to the public, the apologist needs to know what theology actually is and outline where Dawkins goes wrong. She needs to know that Christian theology, far from being ‘useless’, serves a number of functions – intellectually, as the critical study of extant human constructs; historically, as the study of human civilisation; politically, as the way to explain religious activity in the social and civic spheres; and personally, as a helpful means of order and reflection for those who claim a faith. She needs to know that theology is not just the metaphysical affirmation of God, akin to a belief in leprechauns, but a multi-faceted intellectual enterprise with various constitutive schools and disciplines. In order to prove Dawkins wrong and discredit his reasoning, the apologist needs to be theologically aware.

It is also, however, in the theologian’s best interest to do apologetics here. It isn’t simply one-way traffic. In order to provide a fully rounded defence of theological study, the theologian needs to know how to do apologetics so that she may craft a convincing and compelling response. To be apologetically aware is to be mindful of the politics of public disputation. It is to be conscientious of those who need brevity and simplicity so that all thoughts may be taken captive for Christ. It is to be on the look out for logical fallacies and inconsistencies in thinking, so as to demonstrate the supremacy of Christ in intellectual thought. It would mean that the theologian could point out how Dawkins’ insistence that theology is useless not only assumes that a subject is only a subject when it has a pragmatic and mechanical function (invalidating philosophy, English literature, historiography, art, etc), but also that Dawkins assumes ‘usefulness’ to be worthwhile. For something to be worthwhile it must possess worth. In order for something to possess worth, one must know what worth means; in order to know what worth means, one must engage in a manner of discourse identical to that of theological/philosophical reflection. In other words, the apologetically aware theologian would be able to point out that Dawkins is assuming the usefulness of that which he’s also arguing to be useless.

In the next post, we will conclude our series with an explanation of how one might start studying theology.

[2] Taken from Dawkins’ letter published in the Independent, http://comment.independent.co.uk/letters/article3015309.ece