Does Colossians chapter one mean Jesus is a created being?

This post comes from a recent discussion with a Jehovahs Witness regarding Jesus deity and Colossians 1:15. 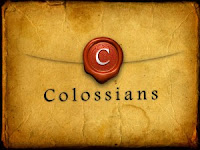 So to give some clarification, the JW's don't use the same Bible many of us do. The organisation released their own version of the scriptures that was finished in 1961 which came to be known as the New World Translation (NWT). The NWT is best known for its rendering of John 1:1 but for those that have dug a little deeper or engaged in discussion with any JW's you may be aware of their controversial rendering of Colossians chapter 1, verses 15-17. It reads as the following:


Now as you read through this portion of scripture you will notice that contained within brackets is the word other, this is probably the clearest example of how we can see how their translation has been corrupted and changed intentially to support their theological assumptions. What this shows us is that they have clearly translated and added to scripture to support their doctrines which have no space for Jesus being the fathers ontological (Equality in nature, essence and attributes.) equal as part of the trinity.


Now what was said to me was that if Jesus is the firstborn of all creation then doesn't that show that he was created. Well as I shall go on to explain before we even get into what firstborn actually meant in the ancient world I'd like to focus quickly on why the JW's have put other into the text. This is simply because even if we understand to mean literally firstborn in creation the rest of the text of Colossians completely contradicts that as a conclusion hence the need for additions in their text. I'll even be nice and use their own translation without the additions to prove my point.

1:16 (NWT) because by means of him all things were created in the heavens and upon the earth, the things visible and the things invisible, no matter whether they are thrones or lordships or governments or authorities


What it shows us is that Jesus was responsible for creating the universe, both the things that are seen and that which isn't. To suggest that him whom created everything was himself created would lead to the illogical conclusion that he created himself. This is why the translators of the NWT feel obligated to add the word other in brackets and therefore showing us that it has no textual basis for its insertion, rather it serves only theological motivations.


So Jesus was before all things and he made all things to exist, it is pretty clear what is being said here and again shows how theological assumptions have played a major part in the rendering of the above text. The thinking here is clear from both verse 16 and 17 especially in Jewish thought and could be framed as the following argument.

Clearly the divine attributes of Jesus are obvious for us to see and are typical of how much of the New Testament approaches the deity of Jesus. So we can see why the additions have been added by the NWT translators, without the additions regardless of what is meant by the word firstborn it is obvious that what is being conveyed by the author about Jesus is quite different from the JW's Unitarian beliefs.

As we have seen the word 'firstborn' can't really mean what they want it to, they fail to take into account that the context of a Greek word can have variations on its meaning. The word firstborn in the Hebrew context that Jesus was living in meant that the firstborn son was in a position of pre-eminence (Position of superiority), it didn't necessarily mean the literal firstborn son. It shows us that Jesus is heir of all creation in the sense that what is the fathers is also the sons, this would have been clearly understood in the Ancient Near Eastern culture this was written in. This can be seen in an example below:

I will make him my firstborn, greatest of the kings of the earth (Psalm 89:27)


God is talking about David here and the pre-eminent position God was placing him in even though David was actually the last-born son to his father Jesse. Another example can be seen below:


Then you shall say to Pharaoh, ‘Thus says the Lord, Israel is my firstborn son, (Exodus 4:22)


We can again see examples of the use of pre-eminence, but instead this time its in regards to the nation of Israel, which again demonstrates that the word firstborn depending on context has more to do with being the heir in a relationship. The context of the Colossians 1:15 passage suggests quite clearly that the JW's definition of the term firstborn is unnecessary and unwarranted as are the additions to scripture regarding the word other in brackets suggesting that Jesus is a created being.
Posted by failedatheist at 06:48