Has Science Proven We Don't Have Free Will?


The experiments of the physiologist Benjamin Libet are famous for their contribution to the free will/determinism debate to the extent that in popular imagination they are often believed to have disproved the existence of free will. 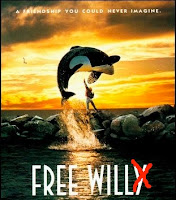 The most important study was Libet, B., Gleason, C. A., Wright, E. W. & Pearl, D. K., Brain, 106, (1983), pp. 623-642. Here motor cortical activity was measured using EMG (scalp electrodes) and was used to isolate the pattern associated with the moving of a hand, which was termed the ‘readiness potential’. Individually tested subjects were asked to sit down and after how ever long they liked to spontaneously move a hand. Simultaneously they were to remember the time at which they decided to move the hand.


So here’s why it doesn’t disprove free will:

1. The experiment presupposes a kind of naïve view of free will (as a sort of ‘ghost in the machine’). Its conclusions are only shocking because we assume that free will requires that the conscious experience of having made a decision comes first, and that this somehow causes the brain activity, but there is no reason why that should have to be the case.

2. It seems therefore to commit the post hoc ergo propter hoc fallacy (the assumption that if something comes before an event it is the cause of the event). It’s almost certain that the brain activity is a cause of the action, but a cause does not equate to the cause. That something is caused (in the sense of being influenced by at least one cause) doesn’t preclude an overlapping network of causes that may ultimately be controlled by the willpower of the agent, a willpower itself not caused by random, unchosen prior events.

3. You’d be forgiven for assuming that Libet, as an esteemed scientist, accounted for false positives. That is, that brain activity didn’t build up when the subject did not move their hand. But in fact he admitted that his experiments told us nothing about what he called ‘free won't’- our ability to resist impulses. But surely this faculty is at least as important to our freedom as one of producing spontaneous choices?

Libet’s work is no longer unique, but more recent studies have problems with false positives too. The most influential report today is: Soon, C. S., Brass, M., Heinze, H.-J., & Haynes, J. D., Nature Neuroscience, 11, (2008), pp. 543-545. The study, conducted by John Dyllan Haynes, was based on a different experiment and found an average gap of 7 seconds, with 10 seconds as the upper limit of the spread. This is a lot more significant, but the brain activity only correlated with the relevant behaviours at a level of 10% above chance. Or in other words, the predictions had only 60% accuracy at best.

4. The amounts of time we are dealing with here are so small that there is a high margin for error, given that, in Libet’s experiments, the subject needs time to realise they have to record the time and this isn’t a task humans are going to be extremely accurate at. This isn’t much of a problem for Haynes’ experiments, however. They are more accurate because instead of the EMG they use fMRI scanning which picks up the brain activity in more specific detail.

5. It makes perfect sense that if we were told that in the near future we were going to have to make a decision that our brain would subconsciously prepare for that decision. A more accurate experiment would involve a test subject unaware of the choice they are going to make.

6. The experiment’s results can only be generalised to incredibly simple decisions. In a further study, Haynes has made an improvement here, by testing subjects with mathematical problems, but this is still a world away from important examples of free choice, such as choosing who to marry. Just because it would be impossible to set up an experiment to test these sorts of things doesn’t mean that we can jump to conclusions.

7. We need to keep a clear distinction between the act of willing something (volition) and the process of deliberation. Even if we do not freely will any of our actions in a direct sense that would not require that we lack free will in the relevant sense of having control over our actions. This is because we still may well be able to deliberate with a significant degree of freedom. And even if these deliberations partly take place in brain activity that is preconscious, this would not mean that we were not responsible for how those deliberations played out, since the brain structures that facilitate them have been moulded by the habits we’ve formed.

To move in the direction of finishing up, let’s note some general problems in this debate:

8. Here is an excellent quote from Eddy Nahmias: “One reason it is easy to move from the assumption that neural processes cause behaviour to the presumption that consciousness does nothing is that neuroscience still lacks a theory to explain how certain types of brain processes are the basis of conscious or rational mental processes. Without such a story in place, it is easy to assume that neuroscientific explanations supersede and bypass explanations in terms of conscious and rational processes.”

9. There’s a somewhat complicated philosophical reason why we should always be very weary of a purported proof of determinism. Namely, even if determinism were true, statements about future events could not be factually expressed by anyone. For if they were, these expressions would have a strong potential to influence future events so as to thwart the veridical status of the statements.

10. In our personal experience we do make free choices, even grudgingly when we don’t want to do something. We experience instances of having more or less control (e.g. with fatigue and drugs) implying that we do have control. This view of reality ‘from the inside’ might be subjective, but not in the sense of being a matter of opinion- indeed it is objective in the sense that this information would have been there whether we studied it or not. In any case this is more direct knowledge of reality than that gained by inductive experiment and therefore it is reasonable to regard it as authoritative.

This article was provided and written by Peter Hardy a member of our UK Apologetics Facebook group. You can follow Peter on Twitter @vibrantbliss
Posted by failedatheist at 14:02