Computers can usually be considered fairly predictable. They work to rule; rules determine how they accept your input and rules determine what they give you back. In fact, you could use the experimental scientific method to find out and document exactly how those rules work. They might say "in response to pressing the 'W' key the car accelerates in a forward direction by 10 miles per hour per second" or "When the car hits a wall head on it comes to a complete stop." The tenth wall will stop you just as effectively as the first. These investigations in cyberspace could be as rigorous as those used to investigate the physical world around us. 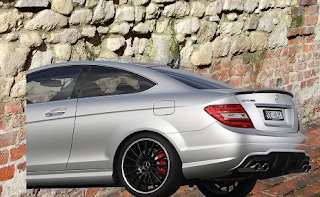 Now let us imagine that you're racing around this virtual universe when another car, completely unlike any other, appears from nowhere right in front of you. You see a steep bend coming up and hope to overtake when this mysterious vehicle slows down for it. Instead the other car runs toward, into and straight through the wall! As it happens, one of your opponents is the programmer who designed the game and he is using his knowledge of the inner workings of the game to subvert the basic laws of that in-game universe. The laws you so painstakingly measured aren't wrong, they just can't address the possibility of an external influence like the cheating programmer.

There are many important lessons to be learned from this thought experiment. Of interest here, however, is the level of similarity with another exclamation of "that's impossible!" The precise example is one of many, but one of the most common objections to the claims of Christianity goes something like this:
"How can you believe that Jesus rose from the dead when science tells us that people never come back to life?"

Science, in general, makes much less confrontational statements than that. A typical well developed scientific law acknowledges the limit of its own domain. For example, Newton's first law states "a body remains at rest or in uniform motion unless acted on by an external force." The Second Law of thermodynamics says "In any closed system the entropy will either increase or remain the same." These laws of science say nothing about what happens when anything from outside interferes with the system. God is external to the whole universe, so the results of his actions can't necessarily be predicted using the same scientific laws as we use for studying events inside the universe.

Given that God is the creator of the universe, he certainly has enough power to change whatever he likes. He also knows the workings of physics and biology far better than even the most competent science team. Science demonstrating that something normally doesn't happen is not sufficient to prove that it doesn't happen when God is involved. Returning to the example given, we could study millions of human lives and deaths and find that people die and stay dead. That's absolutely fine; in fact the Bible itself acknowledges and relies on the fact. The resurrection of Jesus wouldn't be a very impressive sign of God's favour if most people died and came back dozens of times apiece! That most people don't rise from the dead is not, however,  enough to show that Jesus didn't rise from the dead, especially when there is so much evidence that he did.
Posted by Josiah at 13:27