Hugh Ross vs Lewis Wolpert on Evidence for God 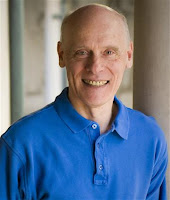 I had the great pleasure yesterday of attending the debate "Does the universe show evidence for a creator?" at Imperial College, London. Arguing in the affirmative was astrophysicist Hugh Ross of Reasons To Believe,  a science-faith think tank from the USA; arguing the negative was Lewis Wolpert, Emeritus Professor of biology and British Humanist.

Before the debate, however, I had the privilege of meeting the participants. Hugh Ross and his wife Kathy were a delight. Kathy remarked that the weather was hotter here than in California! I made sure she appreciated how rare an occurrence this is (have to say, I've been loving it! I can walk down the streets of London in shorts and t-shirt at 9pm)!

Then Lewis Wolpert showed up! A really nice guy! Winsome and congenial. He seemed to get on very well with Hugh and Kathy. I discovered that his son Matthew appears three times a week on the comedy circuit in Leicester Square, so that's an act I definitely need to check out! We also had a great talk about the fascinating complexity of the cell, which Wolpert happily admits is truly mindboggling.

But, onto the debate itself! A good turn-out. The lecture theatre was packed. It was hosted by Imperial College's Christian Union, but a decent number of atheists and sceptics showed up too - which is quite something given that AC Grayling was giving a lecture in the next room (he passed by me earlier as I was editing my latest Dawkins-critical video on my laptop... I don't think he noticed)!

This is where it gets interesting. Hugh Ross went first, and outlined for 20 minutes his Creation Model, arguing that the Bible - and only the Bible - contains consistent, scientifically accurate predictions about the cosmos, the empirical data for which is only being discovered recently in the modern age. His case is essentially that the more we discover about the universe, the more the evidence for design and a transcendent creator piles up and confirms what the Bible has been telling us for the past thousands of years. Of particular note were passages from Jeremiah and Romans, which Hugh claims tell us about the expansion of the universe and the law of entropy. Alongside we have the opening of the Bible, that in the beginning God created the heavens and the Earth - the Big Bang is this beginning. When this was discovered, a great many scientists were reluctant to accept it, fearing that an absolute beginning of space and time gave too much leverage to those who believe in theistic creation.

It was fascinating also to hear Hugh cite an article written by atheist physicists called "Disturbing Implications of the Cosmological Constant". In this article, its atheist authors were forced to concede that this particular cosmological constant left them no choice but to invoke a transcendent causal agent. Their solution? To "do a Daniel Dennett": conclude that this cosmological constant must, therefore, surely be false (!)

Before moving on to Wolpert's response, I cannot help but also comment on the audience. Well, specifically, the students in front of me. They were clearly "sceptics"! Though not just sceptics, rather restless sceptics. The kind I can remember being while I was at university and convinced of my own immortality. There was an evident aggression and desire for peer-approval in the way they increasingly shot each other smirks and disapproving glances as Hugh spoke (one seemed to think it especially important that his lady friend understood unequivocally that this religious nutter wasn't going to sway his opinion one jot)!

It was a touch depressing how superficial some of their reactions were - one questioner claimed to "understand what it's like to be arrogant" before accusing Hugh Ross of being so for claiming that the universe was designed (I don't think that guy actually does understand arrogance). Another student was taking numerous notes while shaking his head. I've no problem with critical note-taking, but I found it curious that one of his bullet-points read "where the f*** did that graph come from". Why the expletive? Where does this extra infusion of hostile energy come from? Why not just write "where did that graph come from"?

Onto Lewis Wolpert's rebuttal. Now, I've seen and heard quite a bit of Wolpert in debates on the existence of God. Indeed, one of my earliest memories of discovering apologetics was watching his 2007 debate against William Lane Craig. His arguments back then were pretty weak, so I wondered what he'd produce this time, five years on...

2. "We believe in God because we evolved an over-active sense of cause and effect".

3. "Absence of evidence is evidence of absence"

4. "Why is your religion any better than the thousands of other religions out there"?

I was astonished! Craig had addressed and exposed all these arguments as completely fallacious during their debate in Westminster:

1. Asking "who made God?" has nothing to do with the question of whether the universe shows evidence for a creator (it's a secondary question, and makes the same anti-scientific demand Dawkins does: of "who designed the designer?" leading to the requirement of an infinite regress of explanations in one go, so no explanation could be accepted). This is not to speak of the fact that God is uncaused, which is precisely the position Lewis Wolpert would have to hold about the universe (i.e. his objection is special pleading).

2. The second argument commits the genetic fallacy: of trying to invalidate a view by explaining how someone comes to hold it. Imagine if I walked up to an atheist and said, "you deny God because you have a bad relationship with your father, so you can't stand the idea of a bigger authority figure behind the universe". Even if that were true, would it mean therefore that atheism is false and that God exists?! Clearly not. Why has Wolpert not come to terms with this fallacy, especially given that it has already been pointed out to him?

3. As for evidence of absence, this was something I took upon myself to point out to Lewis during audience Q&A: that it's logically fallacious to rely upon absence of evidence. Having no evidence, say, that there's a person lurking in the corridor outside the lecture theatre, does not mean that we therefore do have evidence there is nobody outside!

4. As for asking "what makes you think your religion is truer than any other"? I can understand this having rhetorical appeal to those who are already sceptical of the idea of God. However, at the end of the day, it's not even an argument. It's a question. And the answer to that question would be... in Hugh's opening speech!

Now, as for those specific arguments Hugh laid out, to show that there is evidence for the Christian God, Wolpert responded:

"There isn't any evidence for God, and you certainly can't get it from physics."

...wasn't that the very title of the debate? About whether or not the physical universe shows evidence for God? So, essentially, Wolpert used up his time recycling fallacious arguments, which had nothing to do with Hugh's presentation, and dismissed the presentation itself in a single sentence consisting of a mere question-begging assertion. In fact, the most telling moment was when he said "I'm not a physicist, I don't understand any of it, but I'm sure that even if I did... it would still not be evidence for God"!

What he did do, which I have to admit was quite a clever tactic, was to divert the audience's attention away from Hugh's astrophysics to biology. Evolution! "Do you think we evolved"? "Did Eve come from Adam's rib"? This manoeuvre set the tone for the lengthy cross-examination and Q&A which was to follow, as Ross's views here certainly aren't in line with the popularly accepted interpretations of evolutionary development (though one cannot be left in any doubt he's comfortable offering evidence for them).

There were no rebuttal rounds after those opening speeches. The rest was cross-examination and audience Q&A, which went on for quite a while and allowed many questions to be raised from the floor. I had to admire Hugh's stamina: he'd only recently come off the plane, must have been jet-lagged, but calmly carried on simply providing answers to the many questions which came his way (and kept doing so for two hours solid after the event had finished). Indeed the questions were very Hugh Ross-heavy. At one point it seemed to be simply a "grill Hugh" session, with Wolpert only becoming involved for the occasional extra point of view. You could almost forget he was there sometimes. He didn't seem to be trying. I wonder if Hugh Ross gave him something new to think about?

Much, much more could be said, but I reckon I can leave it here. Doubtless the recording will be released soon and you can go through it all in greater detail (I'll link it in this post when it's out). Some students appeared unimpressed with Hugh's case, expressing that it was too vague and vulnerable to differing biblical interpretations. Others were coming out with remarks of surprise and interest, admitting they'd not expected to encounter a Christian scientist who was prepared to answer all their questions in such depth. Only time can tell what ripples these events cause.

Speaking of which, you do know how God created different dimensions of time and exists in a time dimension all of his own, don't you? If not, you will soon!
Posted by Birdieupon at 13:42