Cataloguing the Historical Anachronisms in the Qur'an 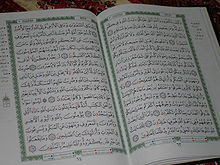 Muslim apologists often contend that the Qur'an is free, in its entirity, from contradiction, inconsistency or historical inaccuracy. I have seen many Muslims assert that the historical and scientific accuracy of the Qur'an was what impressed them about this book and convinced them that Islam is true. Previously on this blog, I have addressed Muhammad's wildly inaccurate understanding of the Christian doctrine of the Trinity, and have also posted this video regarding the claims of the Qur'an concerning the historicity of Jesus' crucifixion (see this link for articles already published on this site concerning Islam generally).

In this article, I am going to focus specifically on the historical accuracy of the Qur'an. As we shall see, the claim that the Qur'an is historically accurate -- particularly when it describes events hundreds of years removed from its writing -- is not a tenable position.

"[Joseph's] brethren sold him for a miserable price, for a few dirhams counted out: in such low estimation did they hold him!"

The problem with this claim is that dirham (derivative of the Greek drachma) didn't exist prior to the twelfth century B.C. This means that the Qur'an makes the claim that Joseph was sold into slavery using a currency that had not yet been invented -- and would not be invented until seven centuries later.

"We bestowed Grace aforetime on David from ourselves: 'O ye Mountains! Sing ye back the Praises of Allah with him! and ye birds also! And We made the iron soft for him;- Commanding, 'Make thou coats of mail, balancing well the rings of chain armour, and work ye righteousness; for be sure I see clearly all that ye do.'"

The problem is that chain mail was first invented by the Celts in the fifth century B.C. But David lived in the tenth century B.C.

Was Crucifixion Practiced in Ancient Egypt?

Moses and the Samaritans

We read in Surah 20:35-88, 95 that a Samaritan led the people of Israel to create the golden calf during the time of Moses, shortly following the Exodus out of Egypt. The problem is that the city of Samaria did not exist until several centuries following the Exodus. Furthermore, the people group who became known as the "Samaritans" did not come into existence until an even later stage when the Northern Kingdom was invaded by Assyria.

In Surah 19:28, Mary, the mother of Jesus, is spoken of as being the sister of Moses and Aaron. Furthermore, Surah 66:12 states that the mother of Mary is Amram. It is abundantly clear from this that Muhammad is confusing Mary the mother of Jesus with Miriam (Moses's sister), who lived centuries earlier.

"And We wished to be gracious to those who were being depressed in the land, to make them leaders in faith and make them heirs, to establish a firm place for them in the land, and to show Pharaoh, Haman, and their hosts, at their hands, the very things against which they were taking precautions. So We sent this inspiration to the mother of Moses: 'Suckle thy child, but when thou hast fears about him, cast him into the river, but fear not nor grieve: for We shall restore him to thee, and We shall make him one of Our apostles.' Then the people of Pharaoh picked him up from the river: It was intended that Moses should be to them an adversary and a cause of sorrow: for Pharaoh and Haman and all their hosts were men of sin."

The problem is that Haman lived approximately during the sixth century B.C. in Persia (not Egypt). He is a key character in the book of Esther. Why is it, then, that the Qur'an refers to Haman as having opposed Moses in Pharaoh's court -- nine centuries earlier?

I could continue in this vein for considerable time -- and believe me I could. But the cumulative force of the above arguments combined seems to render implausible the Islamic view that the Qur'an is historically accurate in every respect. Even if there is wiggle room with respect to one or two of those cases (which I don't think there is), there are enough instances of such historical anachronisms to render it immensely implausible that all of them will be shown to have plausible resolutions.

Posted by Jonathan McLatchie at 05:17