Did Muhammad Properly Understand the Trinity? 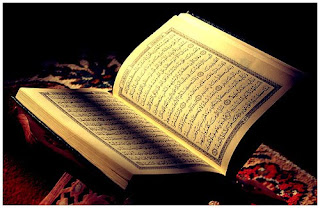 In a recent post, I explained and defended the historical Christian concept of the Trinity. In this blog post, I want to consider the conception of the Trinity held by the writer of the Qur'an -- whom I presume to be Muhammad -- and examine whether this individual properly understood the view he so strongly repudiated.

Firstly, let's briefly recap. What is the historic definition of the Trinity? In a nutshell, the doctrine states that within the one being or essence that is God, there exists three co-equal and co-eternal (yet distinct) divine persons -- namely the Father, Son and Holy Spirit -- who share that essence fully and completely.

Let's turn our attention to the Qur'an to find out whether its author properly understood this doctrine which is central to the Christian faith. If he did not, then it may be concluded that the Qur'an's author was not (as Muslim's allege) the infallible Allah. Rather, it is demonstrably a work of fallible human authorship.

The doctrine of the Trinity is relatively frequently repudiated in the Qur'an, either directly or indirectly. In what follows, I will list the main instances and examine whether they manifest clues in regard to Muhammad's understanding of what the Christian concept of the Trinity entails.

Surah 2:116 - "They say: 'God hath begotten a son': Glory be to Him, Nay, to Him belongs all that is in the heavens and on earth: everything renders worship to Him.

Surah 6:101 - "To Him is due the primal origin of the heavens and the earth: How can He have a son when He hath no consort? He created all things, and He hath full knowledge of all things."

Surah 39:4 - Had God wished to take to Himself a son, He would have chosen whom he pleased out of those whom He doth create: but Glory be to Him! (He is above such things.) He is God, the One, the Irresistable.

Surah 9:30 - "Then Jews call Uzair a son of God, and the Christians call Christ the Son of God. That is a saying from their mouth; (in this) they but imitate what the Unbelievers of old used to say. God's curse be on them: how they are deluded away from the Truth!"

From the examples given above, we can clearly see two things. Firstly, Muhammad misunderstood the relationship of the Son with respect to the Father. The Sonship of Christ is not like earthly human relationships. The Son never came into being. In fact, he is co-eternal with the Father. Moreover, the Son is not the offspring of the Father in the sense that the latter took to Himself a consort and physically impregnated her. No Christian has ever claimed this. Second, it appears that Muhammad misunderstood the Trinity as encompassing multiple gods. Again, however, this is not what the Christians now -- or of Muhammad's day -- believed. Rather, they believe that there is one divine essence and three distinct divine persons.

"They surely disbelieve who say: Lo! Allah is the Messiah, son of Mary. The Messiah (himself) said: O Children of Israel, worship Allah, my Lord and your Lord. Lo! whoso ascribeth partners unto Allah, for him Allah hath forbidden paradise. His abode is the Fire. For evil-doers there will be no helpers. They surely disbelieve who say: Lo! Allah is the third of three; when there is no God save the One God. If they desist not from so saying a painful doom will fall on those of them who disbelieve. The Messiah, son of Mary, was no other than a messenger, messengers (the like of whom) had passed away before him. And his mother was a saintly woman. And they both used to eat (earthly) food. See how We make the revelations clear for them, and see how they are turned away! Will they not rather turn unto Allah and seek forgiveness of Him? For Allah is Forgiving, Merciful. Say: Serve ye in place of Allah (min dooni Allahi) that which possesseth for you neither hurt nor use? Allah it is Who is the Hearer, the Knower." [emphasis added]

There are two interesting things to notice about this passage. Firstly, there is the statement that Christians claim that "Allah is the third of three; when there is no God save the One God." This is especially telling since -- as I stated previously -- Christians believe in one God and only one God! Christians believe that there is one God but that He is complex in His unity: That is, within the one divine essence there exists three co-equal divine persons. This is not the same as claiming that there are three gods.

The second curious thing about this passage is its statement that "The Messiah, son of Mary, was no other than a messenger, messengers (the like of whom) had passed away before him. And his mother was a saintly woman. And they both used to eat (earthly) food." Why would the Qur'an state that Jesus and Mary "both used to eat earthly food"? Could it be that Muhammad believed that the Christians were proclaiming Mary to be part of the Trinity and thus elevating her to the status of deity?

We are given an important clue in this regard when we turn to Surah 5:116, in which we read,

"And behold! God will say: 'O Jesus the son of Mary! Didst thou say unto men, worship me and my mother as gods in derogation of Allah?' He will say: 'Glory to Thee! Never could I say what I had no right (to say). Had I said such a thing, Thou wouldst indeed have known it. Thou knowest what is in my heart, thou I know not what is in Thine. For thou knowest in full all that is hidden."

From this, we can deduce that Muhammad not only misunderstood what Christians meant by the Trinity, but He believed Mary to be a part of it! By the time the Qur'an was written, the Triune concept of God as understood by the Christians was well known. If the Qur'an really is the inspired word of God, why was it unable to correctly represent this view?
Posted by Jonathan McLatchie at 09:25