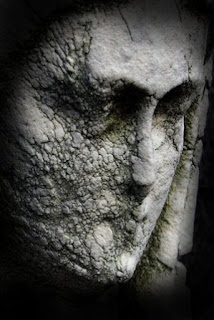 The British BBC News last week reported on research conducted at the University of Essex finding that "Britons are less honest than they were a decade ago." According to the article, "the survey of more than 2,000 adults found that people were apparently more tolerant of lying and extramarital affairs than they were in 2000." The study also suggested that younger people have less integrity than older people, that women have marginally more integrity than men, and that occupation and social class has no statistically significant influence on integrity.

To each of the participants, the study (which was previously conducted in 2000) assigned an "integrity score" based on their answers to questions relating to the justifiability of activities such as deceit, pocketing money recovered from the street, and paying for public transport. In the previous study, 70% of participants stated that extramarital affairs were wrong. In the 2011 study, conversely, this figure fell to 50%. In 2000, 40% of participants asserted that pocketing money recovered from the street was wrong. This figure fell to under 20% in the 2011 study.

Professor Paul Whiteley, director of the Essex Centre for the Study of Integrity, said,

“If social capital is low and people are suspicious and don’t work together, those communities have worse health, worse educational performance, they are less happy and they are less economically developed and entrepreneurial. It really does have a profound effect...If integrity continues to decline in the future, then it will be very difficult to mobilise volunteers to support the Big Society initiative,”

“Prof Whiteley also said he thought part of the reason young people were found to be more likely to be dishonest than older people was because "the role models are not very good".

"If you think about it, you know, footballers that cheat on their wives; some journalists that hack into phones; behaviour in the City, where people are selling financial instruments they think are no good but do not say so. These kind of things," he said.”

It is sad to read such reports of the decline in moral standards in Britain and elsewhere. It is remarkable than 2000 years ago, the apostle Paul would warn Timothy,

"There will be terrible times in the last days. People will be lovers of themselves, lovers of money, boastful, proud, abusive, disobedient to their parents, ungrateful, unholy, without love, unforgiving, slanderous, without self-control, brutal, not lovers of the good, treacherous, rash, conceited, lovers of pleasure rather than lovers of God— having a form of godliness but denying its power," (2 Timothy 3:1-4).

As I reported previously, the Scottish government is currently making a decision with regards the potential legalisation of same-sex-marriage in the not-too-distant future. Christians must continue to take a stand for that which is right in God's eyes. As we are commanded in 2 Peter 3:11-12, we "ought to live holy and godly lives, as [we] look forward to the day of God and speed its coming."

This article was originally published on Blogos.org.
Posted by Jonathan McLatchie at 00:41

Email ThisBlogThis!Share to TwitterShare to FacebookShare to Pinterest
Labels: Politics and Society, UK