The Nativity and, in particular, the virgin birth has increasingly come under attack from liberal scholarship in recent years. Those committed to a naturalistic worldview dismiss the virgin birth of Jesus as fanciful. Some have even questioned whether Jesus was born in Bethlehem and whether Mary and Joseph's venture to this town was prompted by the Roman census as recorded by Luke.

Does Luke Get the Date of the Nativity Right? 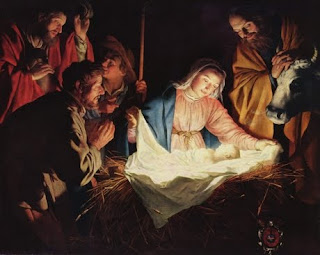 The Nativity and, in particular, the virgin birth has increasingly come under attack from liberal scholarship in recent years. Those committed to a naturalistic worldview dismiss the virgin birth of Jesus as fanciful. Some have even questioned whether Jesus was born in Bethlehem and whether Mary and Joseph’s venture to this town was prompted by the Roman census as recorded by Luke.

Does Luke Get the Date of the Nativity Right?

One argument that is often brought to bear in discussions of the Nativity relates to the apparent discrepancy between Matthew and Luke’s narration and what we know from other sources. Matthew’s gospel tells us that Jesus was born during the reign of King Herod. Luke recounts the story, with which we are all familiar, of Mary and Joseph travelling to Bethlehem to register as part of the census which was taken. The skeptic typically objects upon reading those accounts and complains that these two things are actually a decade removed from each other. According to Luke, Jesus was born at the time of the census when Quirinius was governor of Syria — a census which was recorded by the Romans as occurring in 6 A.D. But Herod’s death — whom Matthew asserts was alive at the time of Jesus’ birth — occurred in 4 B.C.According to Luke 2:1-3,


1 In those days Caesar Augustus issued a decree that a census should be taken of the entire Roman world. 2 (This was the first census that took place while Quirinius was governor of Syria.) 3 And everyone went to their own town to register.

Moreover, the skeptic argues, we know that the first census of the entire Roman empire was ordered by the emperor Vaspasian in A.D. 74, well after the events reported by Luke.
But just how sound are these objections?

The first thing to take notice of is Luke’s remarkable accuracy as an historian in other areas. He gets many titles of rulers correct (in one case he got the title of an Asian leader right which Cicero gets wrong), has cities in the right place, in addition to various other incidental historical details. In light of this, it would be unwise to immediately jump to the conclusion that Luke is historically in error at this point. Before we reach that conclusion, we should first look to see whether there are any plausible alternatives which are not strained or ad hoc.

Second, the linguistic data of the last few decades indicate that Luke 2:2 can be translated, “This census took place before Quirinius was governor of Syria.” In fact, if you turn to this verse in your Bible you will likely see a footnote indicating that this is so.

Third, as has been suggested by some, it is possible that Quirinius reigned twice. In 1764, a Latin inscription (the Lapis Tiburtinus) was discovered which recorded the career of a distinguished Roman officer. Unfortunately, the inscription is mutiliated such that the name of the individual concerned is missing. But some have interpreted the surviving details as descriptive of Quirinius. It states that when he became imperial legate of Syria, he entered upon that office “for the second time”. Another view is that this Latin inscription actually refers to Quintillius Varus, who was the governor of Syria at two separate times, reigning from 6 to 4 B.C. and again from 2 B.C. to 1 A.D. Between 4 and 2 B.C. reigned Sentius Saturninus. It is interesting that Tertullian (Against Marcion 4:7), in the third century A.D., notes that the imperial records show the occurrence of censuses in Judea during the reign of Sentius Saturninus. It is also noteworthy that, in the second century A.D., Justin Martyr (Apology 1:34) states that Quirinius was only a procurator of the province. Thus, some have argued, Quirinius was only an assistant to the governor Saturninus.
In light of these plausible resolutions to Luke’s account of the census which, on first brush, appears paradoxical, it seems that the evidence would compel us to give Luke the benefit of the doubt on this issue, particularly when considered in the context of his exceptional historical accuracy on other matters.
Regarding the date of the census of the Roman empire, we know from historical sources that Augustus ordered the census to be taken every twelve years, and we have records of those taking place in 8 B.C. and 6 A.D. Some have argued that, if we assume that it probably took two or three years for a census to be completed, then it is not inconceivable that the census Luke has in mind was the one ordered in 8 B.C.. Herod died in 4 B.C., and so Jesus’ birth probably took place in 6 or 5 B.C. or thereabouts. The problem with this argument is that this census only affected Roman citizens, not Jews of Nazareth. It seems unlikely therefore that this is the census that Luke has in mind.

Luke 2 actually doesn't state that the census was taken of the entire Roman empire. Some modern translations (e.g. the NIV) say that the census was taken of the "entire Roman world". But the word "Roman" does not appear in the Greek. What this verse actually says is that the whole land was to be registered. This same phrase is used by Luke in Acts 11:28 when he states, "One of them, named Agabus, stood up and through the Spirit predicted that a severe famine would spread over the entire world." But this clearly refers to the land of Judea. Was the census recorded in Luke 2 restricted to the land of Judea? There would seem to be one problem with this suggestion -- the consus is apparently ordered by Caesar Augustus, but surely a census of the land of Judea would be ordered by King Herod the Great. What's interesting in this regard is that, according to Jewish historian Flavius Josephus (Antiquities 16.9.3), Herod fell out with Augustus a few years before Herod's death in 4 B.C. over Herod having taken an army into Arabia. When the report of Herod's actions reached Caesar, Josephus reports that,


"Caesar was provoked when this was said, and asked no more than one question, both of Herod's friends that were there, and of his own friends, who were come from Syria, Whether Herod had led an army thither? And when they were forced to confess so much, Caesar, without staying to hear for what reason he did it, and how it was done, grew very angry, and wrote to Herod sharply. The sum of his epistle was this, that whereas of old he had used him as his friend, he should now use him as his subject."

Herod was demoted from rex socius to rex amicus and thereby lost the authority to conduct taxing. Indeed, Antiquities 17.2.4 tells us that citizens of Herod's domain were required to swear an oatch of allegiance to Caesar. This accounts for why a census in Judea would be ordered by Caesar Augustus rather than Herod.

Why Doesn’t Josephus Mention the Slaughter of the Infants?

Another point which is frequently made relates to the fact that Josephus never mentions the alleged slaughter of the Bethlehem infants, despite the fact that Josephus frequently records Herod’s misdemeanors. It is argued that, if this incident had taken place, surely Josephus and other historians of the day would not have missed it. This objection loses much of its potency, however, when you consider that the town of Bethlehem was actually very small and peripheral. The tally of slaughtered infants was probably half-a-dozen to a dozen.
But are there any positive circumstantial lines of evidence for the historicity of the Nativity accounts? I submit that there are a few. Let’s briefly examine them.


But when [Joseph] heard that Archelaus was reigning in Judea in place of his father Herod, he was afraid to go there. Then after being warned by God in an dream, he left for the regions of Galilee…

This is a classic example of an external undesigned coincidence. The narrative raises the natural question ‘why is Joseph afraid to go to Judea when he learns that Archelaus in reigning there?’ The answer is given by the Jewish historian Flavius Josephus.

Josephus’ Antiquities 17.3.1 tells us that the domain of Herod the Great was divided among his sons, with Archelaus having authority in Judea but not in Galilee, which was governed by his younger brother, Herod Antipas.

We also know that Archelaus had acquired quite a bloody reputation (e.g. Antiquities 17.13.1-2 and 17.9.3). The latter of these references describes how Archelaus slaughtered 3,000 Jews at Passover. Following a riot of the Jews upon the soldiers, Josephus reports,


"Now Archelaus thought there was no way to preserve the entire government but by cutting off those who made this attempt upon it; so he sent out the whole army upon them, and sent the horsemen to prevent those that had their tents without the temple from assisting those that were within the temple, and to kill such as ran away from the footmen when they thought themselves out of danger; which horsemen slew three thousand men, while the rest went to the neighbouring mountains. Then did Archelaus order proclamation to be made to them all, that they should retire to their own homes; so they went away and left the festival out of fear of somewhat worse which would follow, although they had been so bold by reason of their want of instruction."

Thus, Joseph decides not to return to Judea and, instead, goes further north to the regions of Galilee, governed by Herod Antipas.

The Virgin Birth and the Criterion of Embarassment

The virgin birth fulfils the historical criterion of embarassment. According to Jewish law, the penalty for being found pregnant outside of marital union was death by stoning. In addition, Joseph, her fiancé, also had reason to be afraid because he would be suspected as the culprit. Furthermore, if Joseph were to marry his fiancé, it would be seen as an admission on his part that he was responsible for the pregnancy. It thus seems unlikely that the virgin birth is an invention. Indeed, there is no evidence that Isaiah 7:14 (which is cited in Matthew 1:23) was interpreted as a Messianic prophecy prior to Christ: Thus it is unlikely that this detail was manufactured due to theological motivations.

The Nativity Accounts in Matthew and Luke Are Independent

The nativity accounts in Matthew and Luke are strikingly different. The account in Matthew relays the incident of the wise men coming to Herod in Jerusalem, Herod ordering the massacre of Bethlehem infants, the escape to Egypt etc; whereas the account in Luke highlights the Roman census that was ordered by Caesar Augustus. This suggests that Matthew and Luke are independent at this point.

Historian NT Wright talks about the virginal conception of Jesus


ConclusionIn conclusion, while the virginal conception of Jesus may not enjoy a comparably large body of support to that which the resurrection enjoys, there are nonetheless plausible historical reasons for taking the virgin birth seriously. While the one who is committed to a naturalistic worldview will never be content with any level of evidence to the contrary, the evidence discussed here adds one further argument to the cumulative consilience of evidence which points to the general historical reliability of the gospel accounts and the credibility of the Christian worldview.
Posted by Jonathan McLatchie at 01:09