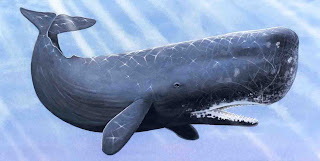 I occasionally drop by an Islamic apologetics stall on Saturdays. It gives me the opportunity to learn more about Islam, read Muslim literature which is freely available, get to know people of an alternate worldview perspective, and, of course, share some of the rational justification for my own system of belief (i.e. Christianity). I think I have encountered the majority of the arguments which are frequently employed in such discussions between Muslims and Christians. For the most part, I find them less than impressive. Having listened to many of the most popular Islamic apologists (Zakir Naik, Ahmed Deedat, Khalid Yasin, Shabir Ally, among others) present their reasons for belief, I am pretty confident that the best they have to offer, in terms of rational argument, does not amount to much.

Anyway, recently I happened to be in the area, and so I dropped by the Islamic stall. And I encountered what is quite probably the weakest objection to Christianity frequently used in Islamic literature: The old “sign of Jonah” argument. If you have spent any significant amount of time talking to Muslims, you have probably encountered this argument. The objection springs from Matthew 12:38-40:

38 Then some of the Pharisees and teachers of the law said to him, “Teacher, we want to see a sign from you.” 39 He answered, “A wicked and adulterous generation asks for a sign! But none will be given it except the sign of the prophet Jonah. 40 For as Jonah was three days and three nights in the belly of a huge fish, so the Son of Man will be three days and three nights in the heart of the earth.

The argument is two fold:

The first of those is easily the weaker of the two and is simple to dispense with. Jesus was making no reference to the state Jonah was in when he entered the whale. He was simply drawing a parallel between the three days and three nights during which Jonah was in the whale and during which Jesus would be in the heart of the earth. Jonah is a prototype of Jesus, but all prototypes have their limitations and their differences. Following his being cast overboard by the sailers bound for Joppa, Jonah proceeded to go to Nineveh as an evangelist. Should we thus expect Jesus to also have gone to Nineveh? The “As Jonah was…” statement pertains to what comes immediately after: “…three days and three nights in the belly of a huge fish…” It has nothing to do with whether Jonah was dead or alive.

The second point is similarly weak. There is a few plausible scenarios which can readily account for this. But stop for a moment and think: The evangelists who wrote the Gospels aptly demonstrate themselves to be geniuses. Do you really think they could not count to three? This point alone is suggestive that there must be something that one is missing. Another point which should similarly get us thinking is the curious fact that Jesus also often predicts that he will be raised “on the third day”, which — to modern readers — is quite different from after “three days and three nights”. Surely the gospel writers couldn’t be that stupid.

The most common resolution to this apparent difficulty is to point to the Hebrew method of reckoning of each day as beginning at sundown, thus arguing that the expression “three days and three nights” was used as a figure of speech intended to denote any part of three days. This gains traction by comparing Esther 4:16 and 5:1. Esther mentions fasting for three days and three nights and that she would then go into the king. But 5:1 tells us that she did this“on the third day”. This is simply the manner in which the Jews reckoned time.

The other solution is to argue that there was two Sabbaths (and thus preparation days) on the passion week, one being the day of the Passover. Adherents to this view maintain that Jesus was not, in fact, crucified on the Friday at all, but perhaps on the Wednesday. But such an approach is probably unnecessary in light of the Jewish means of reckoning time which I described above.

At any rate, it is curious that the Muslim apologist would use Scripture when it suits their purposes, yet expressly ignore it when it doesn’t. After all, the Qur’an (4:157) teaches that Jesus was not even crucified, let alone resurrected!

To conclude, the argument from “the sign of Jonah”, albeit popular in Muslim circles, is a particularly weak objection to Christianity, and apologists who wish to maintain a high standard of intellectual integrity should drop it from their apologetic toolkit.

Posted by Jonathan McLatchie at 02:03

Email ThisBlogThis!Share to TwitterShare to FacebookShare to Pinterest
Labels: Islam