Did Nazareth Exist During The Life Of Jesus? 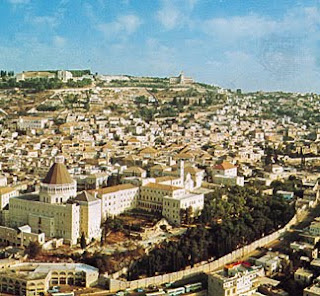 Did Nazareth exist during the life of Jesus? How can we know? What does the evidence say? These are questions to which Christians have been asked to give an answer on a more and more frequent basis by those who profess themselves to be “skeptics” in our world today. It is curious that the first-century historicity of Jesus should be the subject of such contention, since this matter was effectively laid to rest long ago.

There are several reasons which are often given for doubting the first-century historicity of Nazareth, which are largely built around arguments from silence. For one thing, Nazareth is never mentioned in the writings of Josephus, nor is it mentioned in any other first-century writings. Critics also contend that the biblical geography is in error, as there is no cliff near the synagogue from which Jesus was allegedly thrown, as recounted in Luke 4:24-30.

Generally speaking, caution should be taken when dealing with arguments from silence. The question must be raised as to just how much one would expect the contemporary writers to mention the town of Nazareth. Nazareth was a small and insignificant village, and Josephus had no real reason to mention it. The town’s insignificance is evident in the first chapter of John’s gospel, when Nathaniel asks, “Nazareth! Can anything good come from there?” (John 1:46).

Leaving aside the problems with the argument from silence, it should also be noted that the claim is not entirely correct. In AD 70, at the end of the Jewish war with the Romans, the temple in Jerusalem was destroyed, and this meant that Jewish priests and their families had to be redeployed. An inscription was discovered in 1962 in Caesarea Maritima, which documented that the priests of the order of Elkalir came to live in Nazareth. This has only been confirmed by later discoveries. For example, in 2009, the first Nazarene home to date from Jesus’ era was excavated by archaeologists. The house was a simple structure, consisting of two small rooms and a courtyard.

The claim about the errant geography carries a bit more weight than the argument from silence. The closest cliff from which Jesus might have been thrown is roughly 2.5 miles away from the synagogue, however, and there is no reason why Jesus could not have been taken this far.

In conclusion, the claim that there is no historical evidence for the existence of the town of Nazareth in the first century stands refuted by the archaeological data, and many of the more informed atheist critics, even among those who deny the historicity of Jesus, have advised caution with this argument.

This article was originally published on GotQuestions.org.