Can Muhammad be found in the Song of Songs? 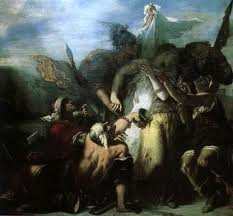 So there appears to be another popular claim put forward by many Muslims that the coming of Muhammed is foretold or prophesied in the Old Testament and more specifically in the Song of Songs . I've written previously on the supposed claims in the Gospel of John but this time I will briefly look at a passage in the 'Writings' part of the Old Testament found in the Song of Songs 5:16 below:

His mouth is most sweet,
and he is altogether desirable.
This is my beloved and this is my friend,
O daughters of Jerusalem.


Before we really get into whether or not this claim is valid or not I feel its necessary to very briefly discuss the book where Muhammed is supposedly being spoken of.

The Song of Songs is one of the shortest books in the Old Testament (117 verses) and the obvious focus is that of a love-song describing the love between a man and a women and describes the journey from courtship to the consummation of marriage. Christian scholars still debate whether it should be seen as an allegory about the Church but there is a growing scholarly consensus that sees it as a description of human sexuality between a man and a women. Now if this were the case wouldn't this be a rather strange place to find a prophecy or reference to Muhammad in the scriptures?

If he were in the Good book somewhere he needn't have been so well hidden! Its as if someone were reading what they wanted into the text rather than letting the text interpret itself. What's also interesting is that Muslims believe that the Old Testament has been subjected to corruption and can't really be trusted but then they want to use it as a source of prophecy for Muhammed, as we say in an old English proverb 'You can't have your cake and eat it'!

So basically the argument is that the Hebrew word used to mean desirable is actually the name of Muhammed. This is because the singular term of the word Machamadim is Machmad which supposedly sounds and looks similar to the name of Muhammed. However an argument from similarity isn't really a very sound form of argumentation. There's a Hebrew word that's transliterated into English as Mikman which means treasure, could I then argue that as it sounds like the word for the man who delivers milk to my house (Milkman)? I mean the milk is a sort of treasure to me since as without it I wouldn't be able to have my cup of tea or cereal in the mornings!

Below is a transliteration of the text in Hebrew so we can see how they make their argument.


The problem arises because the Hebrew and Arabic languages are very similar since they are both Semitic languages, Muhammad's name derives from the root word for 'lovely' 'pleasant' and 'desirable' so its easy to see why they may at a stretch get to their conclusion, however I will demonstrate below as to why this is the wrong conclusion for several reasons.

Machamadim [מַחֲמַדִּ֑ים] is the plural form of the Hebrew word Machmad, in Hebrew the suffix 'im' or 'ym' denotes a plural ending to a word. This can be seen in the Hebrew example below:

his mouth is sweets Hkw mmtqym

this is my love zh dwdy

So even without the vowels we can see that Muslims would have to ignore the ym at the end of the mhmdym, it also presents another problem since mhmdym is a common noun and not a proper noun and wasn't used in the Hebrew Old Testament for any other purpose.

I can prove this by looking at several verses where the word mhmdym is used but where it just wouldn't make sense if it were speaking about Muhammed. I'm the first to admit that I'm no expert on Biblical languages but one thing I do know is that Hebrew words can mean different things depending on the context, however it is simply dishonest to translate something into the word you want it to mean. That's not how honest and diligent scholars go about translating texts and its very sad to see many Muslims doing this. The word Mhmdym is sometimes translated in the Hebrew scriptures as delightful, beloved, lover, desire, lovely and pleasant depending on the context but never a name as I will demonstrate below.

The same word used elsewhere in the Hebrew Old Testament

For behold, they are going away from destruction;
but Egypt shall gather them;
Memphis shall bury them.
Nettles shall possess their precious things of silver;
thorns shall be in their tents. (Hosea 9:6)

I'm really not sure it would make sense to put Muhammed here.

The enemy has stretched out his hands
over all her precious things;
for she has seen the nations
enter her sanctuary,
those whom you forbade
to enter your congregation. (Lamentations 1:10)


Our holy and beautiful house,
where our fathers praised you,
has been burned by fire,
and all our pleasant places have become ruins. (Isaiah 64:11)

Its use here as a common noun makes the point I made earlier, it just doesn't fit the context to put Muhammed anywhere in there.

And they burned the house of God and broke down the wall of Jerusalem and burned all its palaces with fire and destroyed all its precious vessels. (2 Chronicles 36:19)


This would mean that Muhammed was destroyed several hundred years before he was even born. However I doubt any Muslim will attempt to put Muhammed s name here as that clearly wouldn't make any sense, obviously only in the places where it doesn't sound too wrong.

but about this time tomorrow I will send my servants to you,
and they will search your house and the houses of your servants;
and whatever is desirable in your eyes,
they will take in their hand and carry away.' (1 Kings 20:6)


So Muhammed was carried away by hand several hundred years before he even existed, again translating the word as Muhammed here really wouldn't make much sense.

The actual context aside from the actual words used would as I pointed out at the beginning make a very strange place to find a prophecy about Muhammed. I would ask Muslims to actually read the Song of Songs for themselves and then every time the young women talks you should have to apply everything she said and apply it to Muhammed and you will see that this is a claim really not worth making.

The highly respected Muslim apologist Ahmed Deedat states in his book 'What the Bible says about Muhammed' page 29 (Note 7) states the following:

Muhammad is mentioned by name in the Song of Solomon 5:16. The Hebrew
word used there is Mahammuddim. The end letters IM is a plural of respect,
majesty, and grandeur. Minus "im" the name would be Mahammudd
translated as " altogether lovely" in the Authorised Version of the Bible
or "The Praised One" 'the one and worthy of praise' i.e. Muhammad! Can be viewed here.

Well for starters the correct transliteration is Machamadim and not Mahammuddim, that is either a mistake or he is intentionally trying to deceive others to make it sound and look more like Muhammed. In fact the only place I can find the spelling of that is on internet forums where others have quoted Ahmed Deedat's work. Secondly the claim that 'im' is a term of respect is unfounded, one example I can think of is the word Elohim which is the word many times translated as God in the Old Testament, it is an example of the use of 'im' as a plural noun, it is not however a personal name so it fails to prove his point. The term is also not just associated with the God of the Bible since in other contexts it is used to describes certain nations false gods and corrupt judges (Psalm 82:6). There are simply no examples where the plural term 'im' has been added to a personal name in the Old Testament to denote respect or Majesty, if I'm mistaken that's for Muslims to prove otherwise. Regardless of the plural noun issue, as I've pointed out above you can't find a word and misuse it somewhere and then not be consistent with its use in others contexts.

This probably more than the claims in John seems to me to be a more desperate attempt to use the Bible to foretell of Muhammed. However I'm not surprised since Muhammed tells his followers to search the Bible for him in the Qur'an in Surah 7:157 -


Those who follow the messenger, the Prophet who can neither read nor write, whom they will find described in the Torah and the Gospel (which are) with them.


So its really no surprise that Muslims have to go through books they believe have been corrupted and untrustworthy and search for Muhammed somewhere in there. I can understand why they make theses claims but I think if Muslims honestly study these claims for themselves they will see that Muhammed is nowhere to be seen.

So next time we speak to a Muslim friend perhaps we can ask them about Muhammad in the Old Testament and then show them how clear it is in the foretelling of Jesus in the fullness of time.

Email ThisBlogThis!Share to TwitterShare to FacebookShare to Pinterest
Labels: Islam, Song of Songs