Can Muhammad be found in the Gospel of John?

This is a popular claim among many Muslims today that is not only wrong but a little dishonest, especially the way that it is so positively presented in the Islamic literature. I simply cannot see how so many highly educated Muslim scholars think this is a valid claim worth making, especially when its clearly so dubious and unclear. 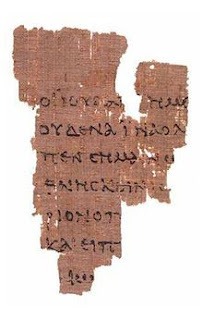 The claim is that the Greek word used in John 14:16-20 for the 'helper' actually describes Muhammed, this is because it is argued that the gospel has been corrupted or changed and the word should actually be Paraklutos which translates as 'Praised one', which is Muhammed allegedly. So lets examine this claim.

And I will ask the Father, and he will give you another Helper [Greek - Parakletos], to be with you forever, even the Spirit of truth, whom the world cannot receive, because it neither sees him nor knows him. You know him, for he dwells with you and will be in you. “I will not leave you as orphans; I will come to you. Yet a little while and the world will see me no more, but you will see me. Because I live, you also will live. In that day you will know that I am in my Father, and you in me, and I in you.


Why the claim is irrevocably wrong:

1 - The word Parakletos clearly means the Holy Spirit and actually makes sense every time its used taking into account the surrounding context. Just see any Greek lexicon for yourself.

3 - It is claimed that Christians must have changed the word before Muhammed was born and corrupted all the Greek manuscripts. There is but one small problem...zero evidence. Every Greek manuscript we possess prior to Muhammed all say unanimously Parakletos and not Paraklutos. Also we can know that the New Testament (NT) hasn't been changed since there are also over 60 Greek manuscripts that pre-date Muhammed' birth.

4 - When ever the word Helper [Parakletos] is used it simply makes no sense to posit 'praised one' there instead. Muhammed just doesn't fulfil anything Jesus spoke about, lets have a look at a few examples:

b) You know him, for he dwells with you and will be in you. - Jesus is speaking to his disciples, when have the disciples ever met Muhammed? Seems like a weird saying since Muhammed wasn't born until AD 570. I would also love to hear how Muslims think that Muhammed lives inside Jesus' disciples, this is something no Muslim to my knowledge would claim about Muhammed. This is simply an absurd claim, when it clearly makes far more sense to see that the helper is quite clearly the Holy Spirit, just read Acts 1:4-10 and Acts 2:3-4 where this is demonstrated.

c) to be with you forever - Again sorry to point out the obvious but Muhammed isn't alive any-more, this happened in 632 AD when he was aged 62. So not only was Muhammed not with them then (he wasn't born yet) and he isn't with us today.

d) even the Spirit of truth, whom the world cannot receive, because it neither sees him nor knows him. - Many people actually saw Muhammed when he was alive because he was a man, so not only could he be seen but he actually was. He also had many converts and friends and several wives. So again the claim falls way short of being a reasonable conclusion.

The claim simply fails as can be demonstrated from the above passage and its simply not true that Johns Gospel is speaking of Muhammed. I think this simply exposes how far some Muslims will go and indeed have to go to avoid taking Jesus at his word. Jesus fulfilled all three roles of the coming Messiah by being Prophet, Priest and King and was killed on the cross, buried and resurrected three days later demonstrating his victory over sin and death and opening the way for our forgiveness!

Some Muslims may then talk about the comforter/helper in other parts of Johns gospel such as 15:26, 16:7, and 16:12-14 but it simply doesn't matter since if they are wrong in the above passage the whole claim falls apart. Muslims are obligated to locating Muhammad in the Bible somewhere, this is because he told his followers that he is hidden in there somewhere, but either he is very well hidden or the Qur'an may have this one wrong. Surah 7:157 says:


Those who follow the messenger, the Prophet who can neither read nor write, whom they will find described in the Torah and the Gospel (which are) with them.


So its really no surprise that Muslims have to go through books they believe have been corrupted and untrustworthy and search for Muhammed somewhere in there. I can understand why they make these claims but I think if Muslims honestly study these claims for themselves they will see that Muhammed is nowhere to be seen.

Let it be known to all of you and to all the people of Israel that by the name of Jesus Christ of Nazareth, whom you crucified, whom God raised from the dead—by him this man is standing before you well. This Jesus is the stone that was rejected by you, the builders, which has become the cornerstone. And there is salvation in no one else, for there is no other name under heaven given among men by which we must be saved [Acts 4:10-12].

Deedat, A H - Muhammad in the Old and the New Testaments. (Uthmania Islamic Service Centre, Johannesburg, South Africa. n.d.)
Posted by failedatheist at 01:14