Crucifixion - Could Jesus have survived?

How did the Romans come to use crucifixion as a means of execution? 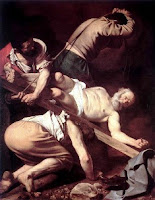 It is not true that it was the Romans who first came up with the idea of using crucifixion for the means of execution. The Romans were a military powerhouse for over five hundred years before their well documented decline which had lead them all over the known world. A by-product of this was that both previously and during their conquests they picked up and learnt many of the skills, knowledge and technology that were part of the societies and nations they had conquered. Ancient historians generally accept that the Romans learnt it from the Carthaginians made from drawing upon details given in the work of many ancient historians [Livy 22.13.9; 28.37.2; 38.48.13, Diodurus Siculus 25.5.2; 10.2; 26.23.1].

In fact crucifixion was used as a means of execution by many other people groups including the Indians, Assyrians, Scythians, Greeks and the Taurians. There are even accounts of crucifixions amongst the ancient Celts who would crucify criminals in this way as a sacrifice to their gods [Diodorus Siculus 5.32.6 - And they are monstrously impious in their sacrifices; for they crucify evildoers for their gods].


This is not to say that all crucifixions were practised in a set way, some victims were crucified alive and alternatively a corpse could be displayed on a cross or stake as a sign to the inhabitants of a city under siege for example [Josephus, Jewish War, 5.289 - Now it happened at this fight that a certain Jew was taken alive, who, by Titus's order, was crucified before the wall, to see whether the rest of them would be aft-righted, and abate of their obstinacy.]

What was the normal mode of Roman crucifixion?

Contrary to some of the other nations where crucifixion was practised the Romans generally practised it with more consistency that generally included a flogging followed by the victim carrying a beam to the place where they would be executed, be nailed to the cross or beam with arms outstretched and seated on a small wooden peg. The clearest example of Roman crucifixion we have is that of Jesus as detailed in the Gospel accounts and as stated this is not to say this was the way it was carried out every-time but it would most certainly be a variation on a similar theme. We can see further evidence of victims who went through something similar to Jesus in the remains of Johanan ben Ha-galgol whose remains were discovered near Jerusalem in 1968, the nail is still visibly through the victims heels. The lack of further archaeological evidence for the nailing of victims to the cross may have something to do with the vast majority of them being left on the cross to decay whereas Johanan was given a typical Jewish customary burial which meant being taken down from the cross and put in a tomb.

These variations on a theme are described by Seneca;

'I see crosses there, not just of one kind but made in many different ways: some have their victims with head down to the ground; some impale their private parts; others stretch out their arms on the gibbet.' (Seneca, Dialogue 'To Marcia on Consolation', 6.20.3)


There was always the possibility that the mode would vary due to the vindictiveness of the particular executioners who as Josephus details would often crucify victims in different 'funny' positions for their own enjoyment. This also perhaps tells us something about the type of people who may have dealt with Jesus in both the preparation for and his actual crucifixion.

Some of these were indeed fighting men, who were not contented with what they got by rapine; but the greater part of them were poor people, who were deterred from deserting by the concern they were under for their own relations; for they could not hope to escape away, together with their wives and children, without the knowledge of the seditious; nor could they think of leaving these relations to be slain by the robbers on their account; nay, the severity of the famine made them bold in thus going out; so nothing remained but that, when they were concealed from the robbers, they should be taken by the enemy; and when they were going to be taken, they were forced to defend themselves for fear of being punished; as after they had fought, they thought it too late to make any supplications for mercy; so they were first whipped, and then tormented with all sorts of tortures, before they died, and were then crucified before the wall of the city. This miserable procedure made Titus greatly to pity them, while they caught every day five hundred Jews; nay, some days they caught more: yet it did not appear to be safe for him to let those that were taken by force go their way, and to set a guard over so many he saw would be to make such as great deal them useless to him. The main reason why he did not forbid that cruelty was this, that he hoped the Jews might perhaps yield at that sight, out of fear lest they might themselves afterwards be liable to the same cruel treatment. So the soldiers, out of the wrath and hatred they bore the Jews, nailed those they caught, one after one way, and another after another, to the crosses, by way of jest, when their multitude was so great, that room was wanting for the crosses, and crosses wanting for the bodies. [Josephus, Jewish War, 5.446-452]

Well no not really because as we have noted the means of which people could be crucified could differ greatly [With or without a scourging etc], especially in the case of which Josephus describes as the context is within that of a mass crucifixion which suggests that this was unlike the process of which Jesus went through. The particular passage that details a survivor of crucifixion is once again found in the works of Josephus;

And when I was sent by Titus Caesar with Cerealins, and a thousand horsemen, to a certain village called Thecoa, in order to know whether it were a place fit for a camp, as I came back, I saw many captives crucified, and remembered three of them as my former acquaintance. I was very sorry at this in my mind, and went with tears in my eyes to Titus, and told him of them; so he immediately commanded them to be taken down, and to have the greatest care taken of them, in order to their recovery; yet two of them died under the physician’s hands, while the third recovered.


However what critics may fail to take into account is that not only was it likely that these victims were not treated to the same prolonged process that Jesus was, even with the best medical care of the time 2 of the 3 still died! So in reality it really doesn't function as a very persuasive argument for Jesus surviving his crucifixion ordeal.

It also fails to take into account that Jesus was also stabbed in the heart [John 19:31-34] by the Roman soldiers just to make sure that they were correct in their conclusion that he was indeed dead. I also don't rate too highly the possibility of a crucified beaten, bloodied, bruised man was going to persuade anyone that he was the saviour of the world and had overcome death? Similarly it doesn't nothing to explain away the more short-term sociological implications of a movement that based itself on a crucified man/God in the ancient world and actually succeeding!

What does this all mean?

What this means is that when sceptics conclude wrongly that the gospel accounts are not interested in history, and especially so when it comes to the details of Jesus' crucifixion and strangely liken Jesus to some obscure pagan deity, they are really not to be taken seriously on any level.

Its obvious to honest readers of the Gospel narratives that we are dealing with a historical person, killed by a historical mode of execution by historical people and overseen by a historical Roman governor in Pontius Pilate and observed by historical people whom really knew Jesus in a place that really exists. Taking into account all of the data it goes against both the historical, literary and common-sense evidence to suggest Jesus wasn't killed, which is an obvious prerequisite for his resurrection.
Posted by failedatheist at 09:31